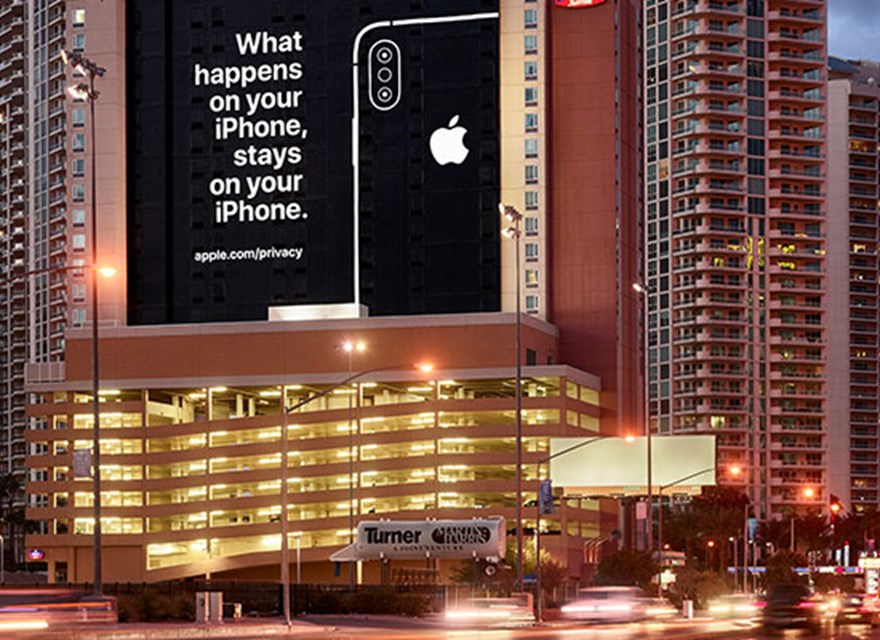 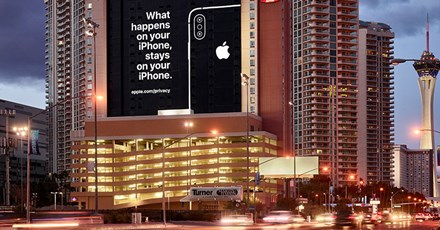 Do not say GAFA anymore, say GAF. Indeed, over the past few months Apple has started distancing itself from its Silicon Valley neighbours - Facebook in particular - by hammering home its difference when it comes to the treatment of personal data. Thus, Tim Cook, the new boss of Apple, makes Steve Job’s commitment his own: to allow each and every one their own secret garden within the digital jungle. Communicational positioning to some, true conviction to others – no matter what Apple’s real motivations are, the company has multiplied its speeches on the matter for months. And, while the American giant might not be exempt from criticism, one has to admit that its personal data protection policy is much more ethical and respectful than most of his peers.

Ubiquitous in its last March keynote, Apple’s brand discourse on the use of its users’ personal data has not escaped the attention of the event commentators. Tim Cook has indeed repeatedly said that this valued data was not resold for commercial or targeting purposes. As for the customization of its products - which requires the use of machine learning and AI – the data is stored exclusively on the user’s device, never on the servers.

So as to highlight its difference, the brand did not pull its punches on the other American giants, including Google and Facebook, that were caught last year into numerous personal data misuse and protection scandals. Admittedly, they all need this data in order to exist and offer personalized experiences to their customers, but the use they make of it differs substantially from one firm to the next.

Before the United States Congress, but also last October in Brussels in his keynote address to the International Conference of Data Protection and Privacy Commissionners, Tim Cook gave a loaded speech. Without ever mentioning Facebook and Google, he laid into those businesses that “weaponized [our data] with military efficiency”, all the while welcoming the adoption of the GDPR. For that matter, Apple did not wait for the United States Congress to enforce - as will be the case for Silicon Valley businesses starting January 1st 2020 – the disclosure of the why and the how of the collection of personal data from its users.

However, one can argue that this comes easier to Apple. Indeed, its business model relies on the sale of its goods and services, while Google’s and Facebook’s revenues are nearly exclusively generated by the massive use of personal data in order to better calibrate the sale of their advertising inventory. Those are astronomical revenues we are talking about here: $89 billions for Facebook, $138 billions for Google.

“At Apple, the user is not the product”

This simple statement is ubiquitous in Apple’s current brand discourse. At CES last January, the American giant paid for a billboard in front of the venue, substituting “Las Vegas” with “iPhone” in the famous quote from the movie The Hangover: “What happens on your iPhone, stays on your iPhone.”

But what is the reality behind the speeches and the good intentions? Apple needs data to design its products and services, even though it does its best to limit data capture and to maximise its anonymization. Furthermore, the company is not above reproach, nor is it infallible. In China, it conforms itself to national regulations, indirectly allowing the government to collect personal data from its Chinese users. Money is Money. Its new feature Facetime, designed for group calls, was recently subject to a security breach.

Nonetheless, this strategy has not yet had any real impact on its product sales. A long-time visionary, Apple is actually betting on the future and anticipating the toughening of regulations that will surely occur within the next few years. Mostly, the American giant is starting to change course towards services distribution, making numerous related announcements (relifting of the AppleTV, creation of a news subscription service, launch of the gaming-focused Apple Arcade…). But there is another sector that greatly draws its attention; a sector where personal data protection is paramount: healthcare. To gain a foothold on this sector, proving its credentials will be essential.

This strategy of dissociation is also formidable in terms of marketing and communication strategies. By distancing itself from the Internet giants and making them out to be ruthless, lawless entities, Apple positions itself as a white knight. And even though everything is not perfect, Apple is forcing others to evolve – because Facebook and Google will not be able to handle with such casualness the protection of their users’ personal data in complete impunity  for much longer. These users are increasingly made aware of their rights in matters of privacy. Incidentally, Facebook announced mid-March its decision of restricting the target criterias for its advertising campaigns – especially those pertaining to the users’ financial profiles. Here’s hoping this is only the beginning…