Conversation as a platform: Microsoft's goal to be your new right hand 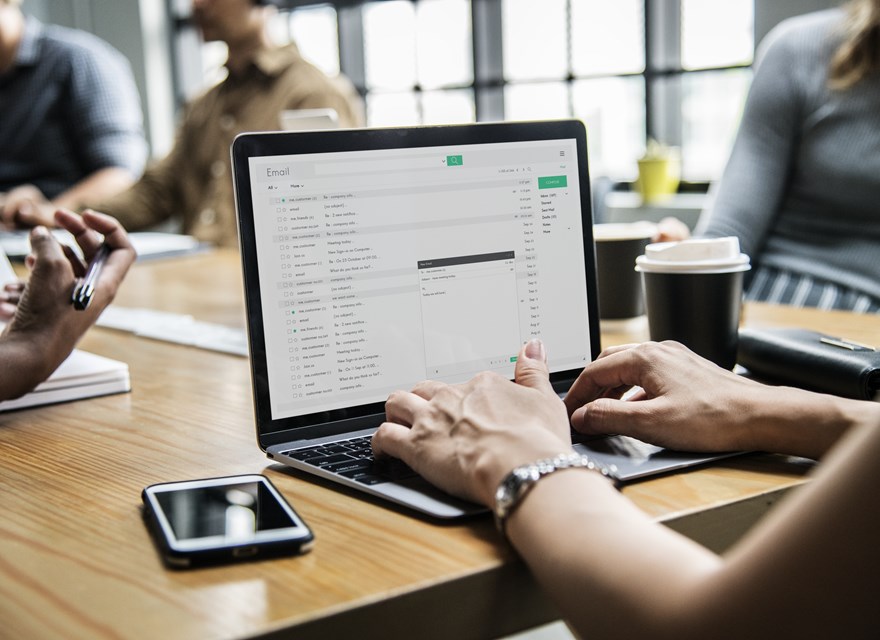 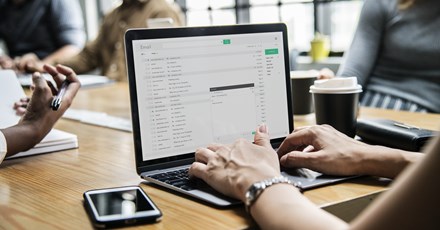 Conversation is rapidly shaping up to be a very important interface for our interactions with computers. Rather than humans conforming to the quirks of the computer interface, major advances in natural language processing and other aspects of machine intelligence mean that the computer understands us like never before.

Microsoft wants to help you do more.  Be better at your job.  Spend less time on the trivial things.

During Microsoft Build, the annual conference aimed at developers, CEO Satya Nadella revealed the company’s vision for “Conversation-as-a-platform” (CaaP.)  They want to empower people to do more in a way that feels more deeply natural - more human - than previously possible with current devices and applications. The power of human language lies at the heart of the strategy.

Microsoft envisions a reality in the very near-term where we can converse naturally with our computers… where they can augment our interactions with other people… where they can pro-actively deliver useful information based on context… and simplify or better yet, just DO, the things for us that might be routine or procedural (like an expense report.)

Behind every great man is an even greater... robot

Nadella shared his view that “ultimately it’s not going to be about Man vs. Machine… but Man with Machine.”  He highlighted how humans and computers complement each other: excelling at different things. Humans possess the capacity for creativity, empathy, emotion and judgment; whereas machines bring fast computation, the ability to reason over large data sets and can perform broad-scale pattern recognition.

Understanding Conversation as a Platform in more concrete terms

Conversation-as-a-platform is not a concept that’s unique to Microsoft:

Chat-based collaboration platform, Slack has experienced exponential growth based on the capacity to weave applications into conversations with both humans and bots

It’s not inconceivable that we’re heading towards relationship with computers that resembles Spike Jones’ vision in the movie, Her.  The technology fades… becomes invisible…  what remains is an entity that can interact with us and enrich us in a way that’s as convincing and easy as conversing with a friend or colleague.

Build 2016 framed the “actors” of Conversation-as-a-platform as follows:

“This is where we [will] really do everything in our working life” said Gurdeep Singh Pall Corporate Vice President of Skype at Microsoft.  The current heat around Conversation-as-a-Platform suggests how much Silicon Valley really sees it as a fundamental means of displacing the browser and the model of the web as we know it.

Drupal founder Dries Buytaert, in an exceptionally prescient piece, suggested that a “big reverse” is currently underway; a massive re-platforming and re-architecture of the web:

“The current web is "pull-based", meaning we visit websites or download mobile applications. The future of the web is "push-based", meaning the web will be coming to us. In the next 10 years, we will witness a transformation from a pull-based web to a push-based web. When this "Big Reverse" is complete, the web will disappear into the background much like our electricity or water supply.”

Will Microsoft be the winning horse in this race?

Here’s how they are laying their bets:

She still tells terrible jokes… but the latest demos of Cortana illustrate how the technology is becoming genuinely useful in a work context.

Within the next year, we’ll see Cortana working behind the scenes to mine conversations: helping you to manage appointments, remember commitments, or retrieve and distribute information. Cortana can be called upon when needed and will also offer proactive suggestions and reminders. Cortana keeps an editable notebook of your preferences, behavior and context – and will use this information, with your permission, to inform your interactions with bots and other applications. 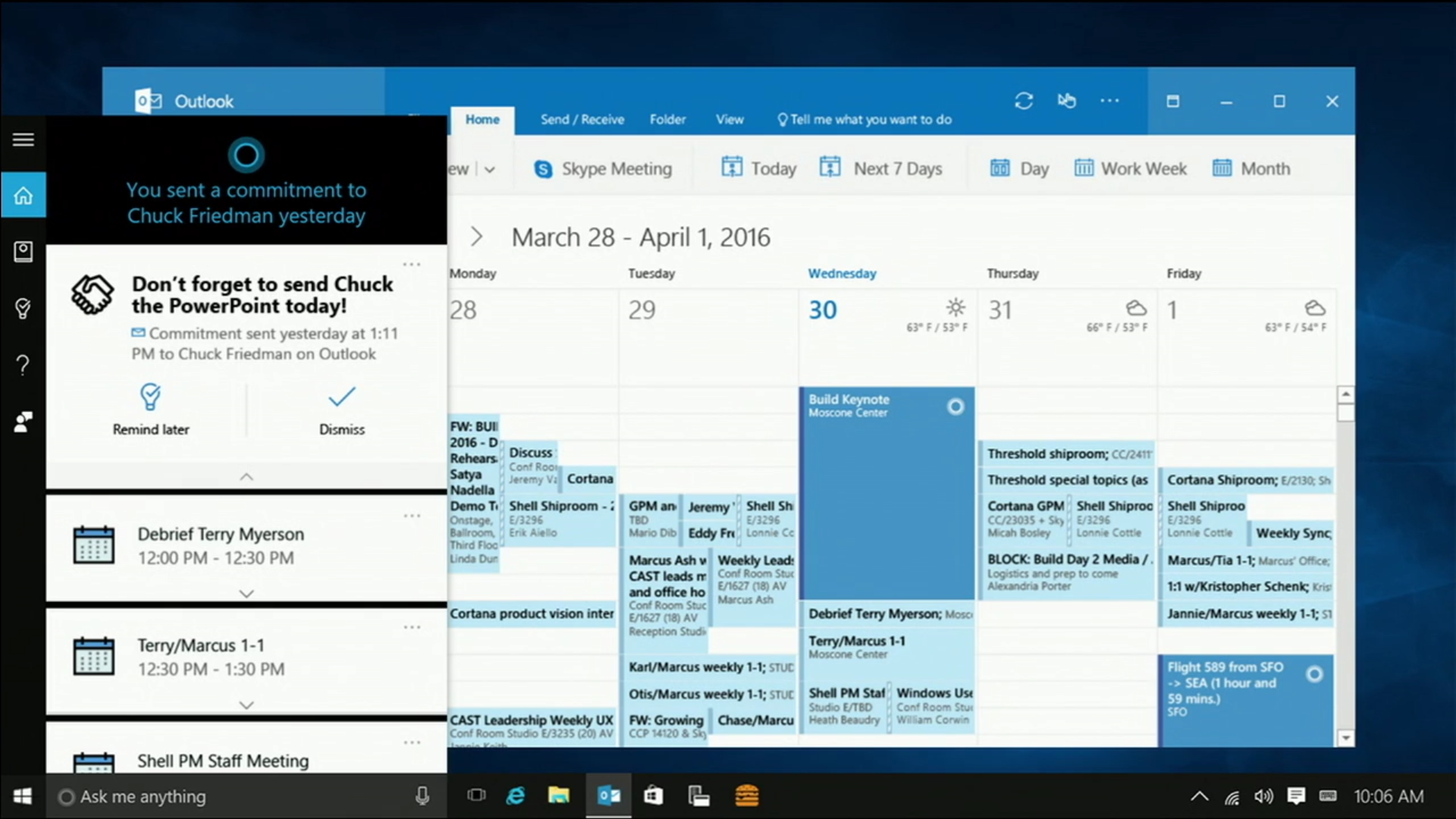 Cortana reminds the user of commitments made in conversation

One compelling element of the Microsoft Build 2016 demo was when Cortana proactively located a receipt in Outlook and offered to create and submit the expense report. Routine data-entry is reduced to a review and approval process. 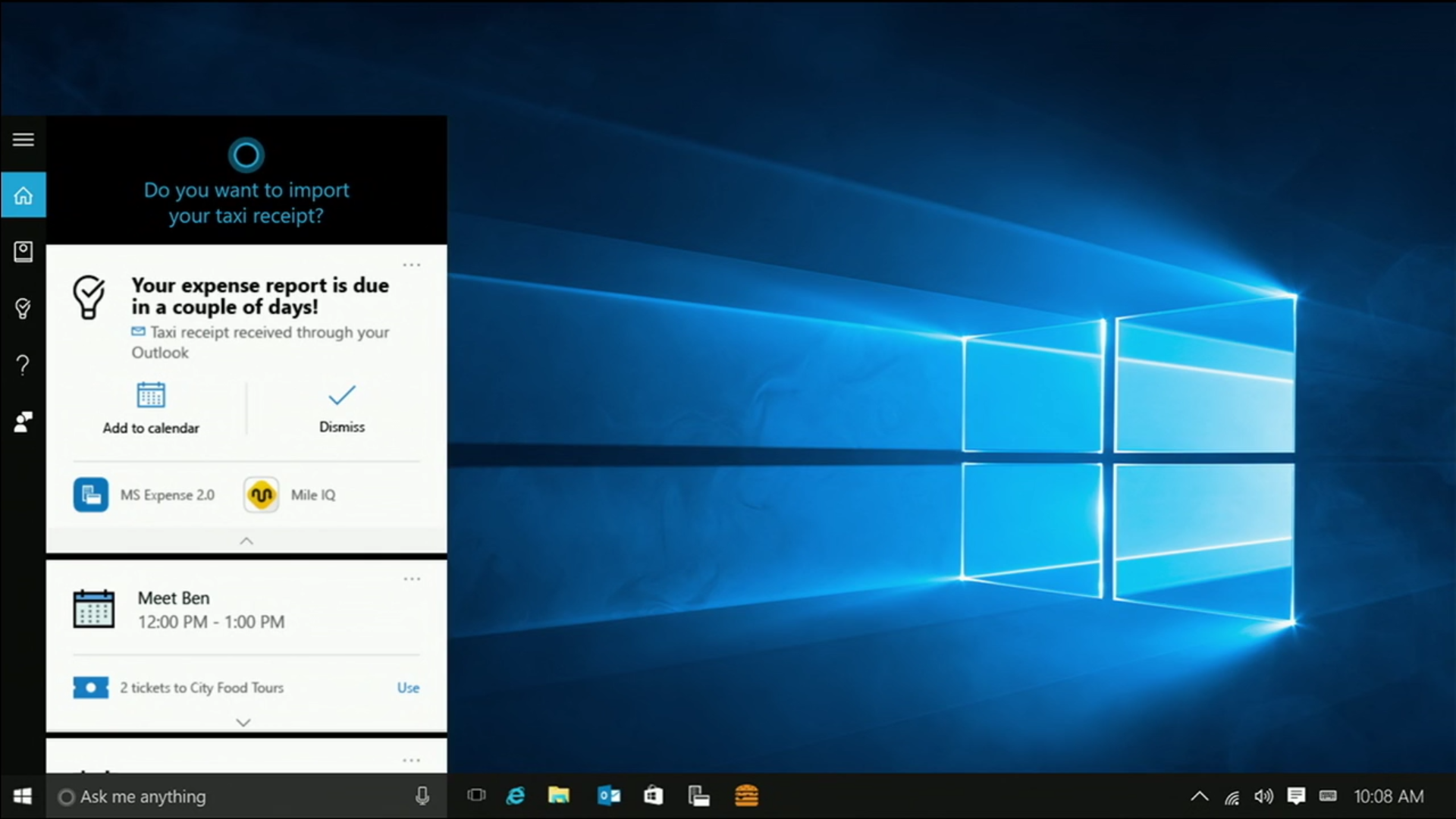 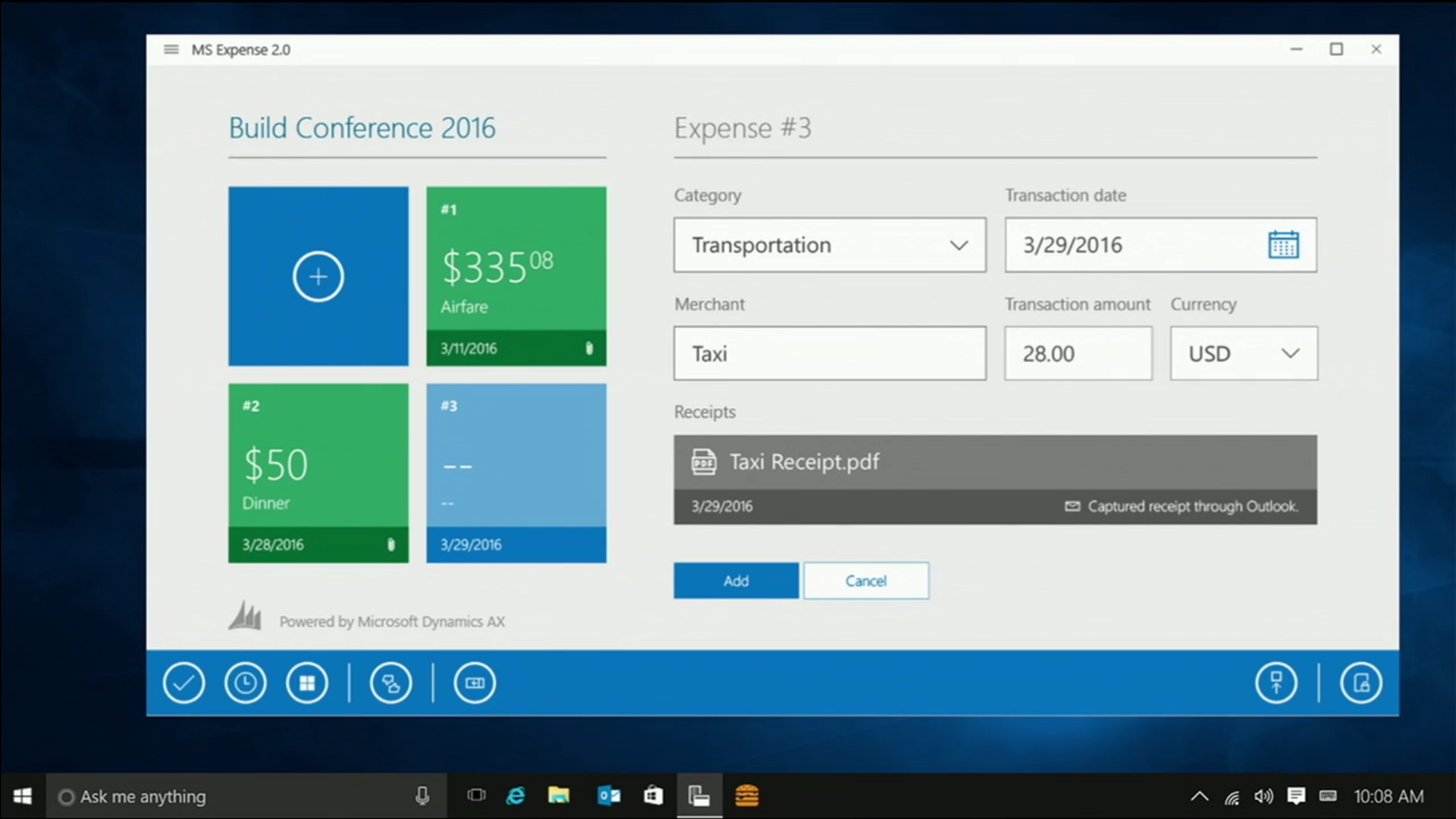 Cortana automates all necessary data entry in the expense report, asking only for validation of the accuracy of information

The demo underscored how much Cortana invades the territory historically dominated by the file system, enterprise search and the intranet or portal.

A natural-language request to Cortana like “Send Chuck the PowerPoint that I worked on last night” – bypasses the need to hunt through files and folders… or deal with search… or even Outlook. 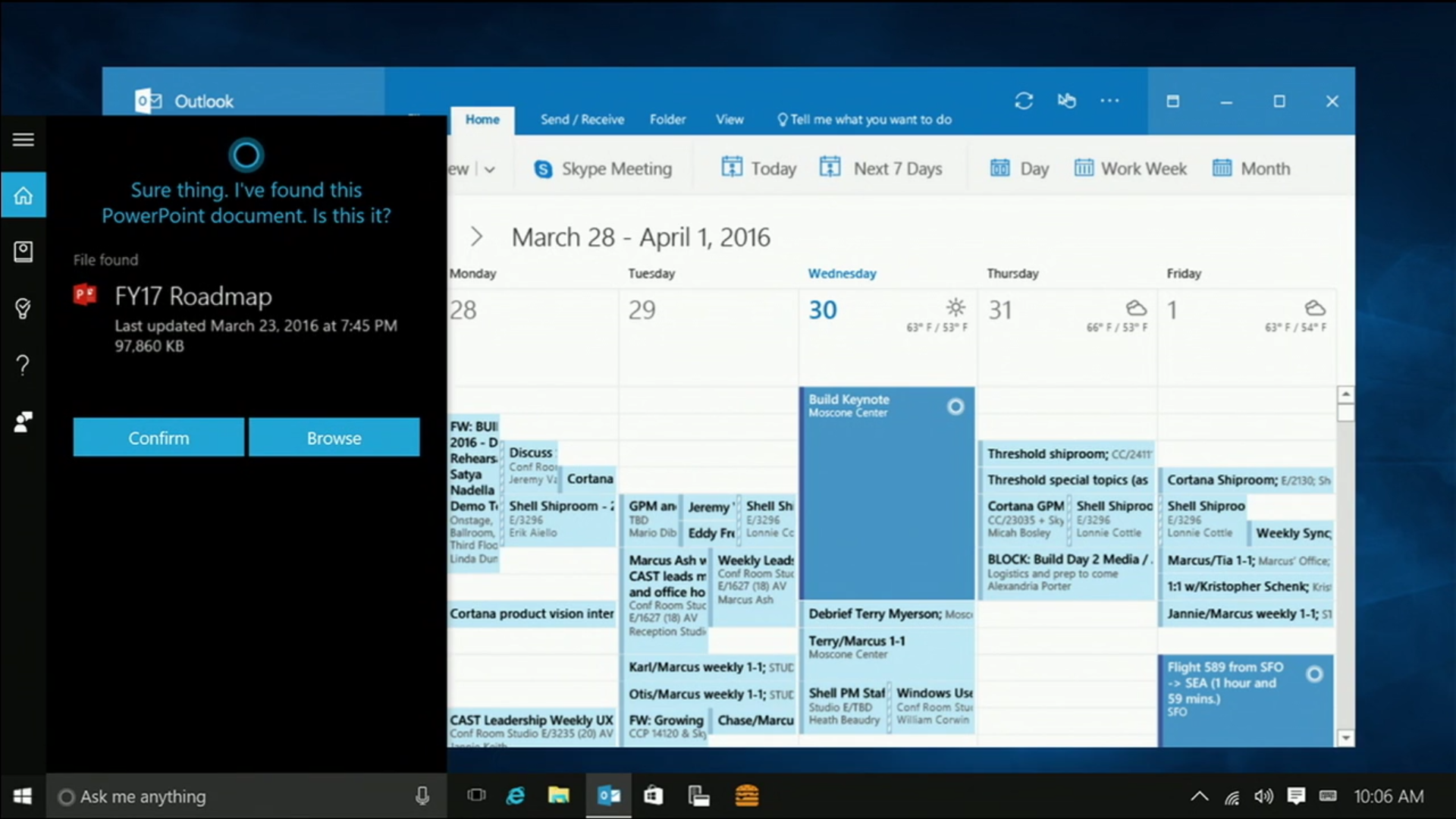 The concept is powerful… shifting the interaction model with the computer and enterprise systems dramatically.

… And you can make your own!

The new Bot Framework, suite of Cognitive Services APIs, machine learning and deep learning through the Cortana Intelligence Suite can be used to assemble applications that can, for example, process natural language, text, visual or emotional cues. Applications built upon this framework can be used to extend Cortana’s native capabilities – and can be called from other conversational canvases including Skype, Outlook and Slack.

Skype is evolving beyond a means of simply calling people or chatting with contacts. Skype Translate is an initial attempt at facilitating the human-to-human conversations referenced by Nadella during the Build 2016 keynote – even when both parties are speaking different languages or hindered by some other impairment. I’ve written more about this before.

The big news from this year’s conference, however, is that Skype will now incorporate Cortana and bots within the conversational canvas; so not only is Skype an important hub for human-to-human interactions, it’s also becoming a natural place to “converse” with applications.

How? Here’s a snippet of a demo with Lilian Rincon, Principal Group Program Manager, Skype Consumer

At Build 2016, Microsoft announced that HoloLens has shipped to enterprise customers and developers. There were several amazing demos of HoloLens throughout the event, but the one that struck me the most was Skype for HoloLens. The demo showcased an appealing mashup of VR, intelligent applications and video-based conversation. HoloLens is another powerful conversational canvas in which bots can potentially be deployed.

Sentry, StackOverflow and many others. These Connectors can be called from the conversational canvas and can become the focus of ongoing dialogue. 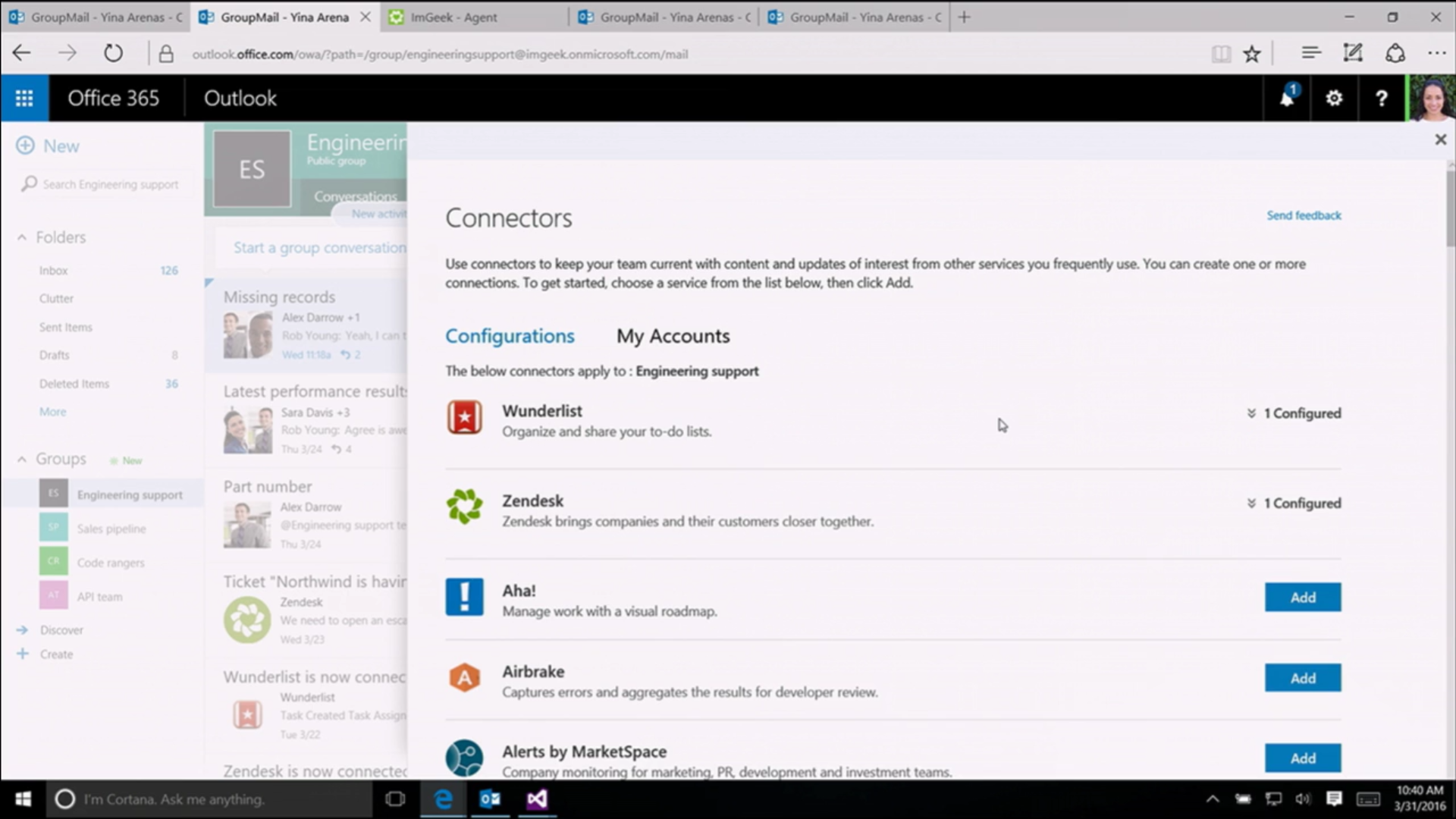 Microsoft’s example of these types of Connectors showcased the customer service workflow tool, ZenDesk. When a new ticket is opened within ZenDesk, it can be escalated to the Group and discussed and eventually resolved from within the conversational interface. 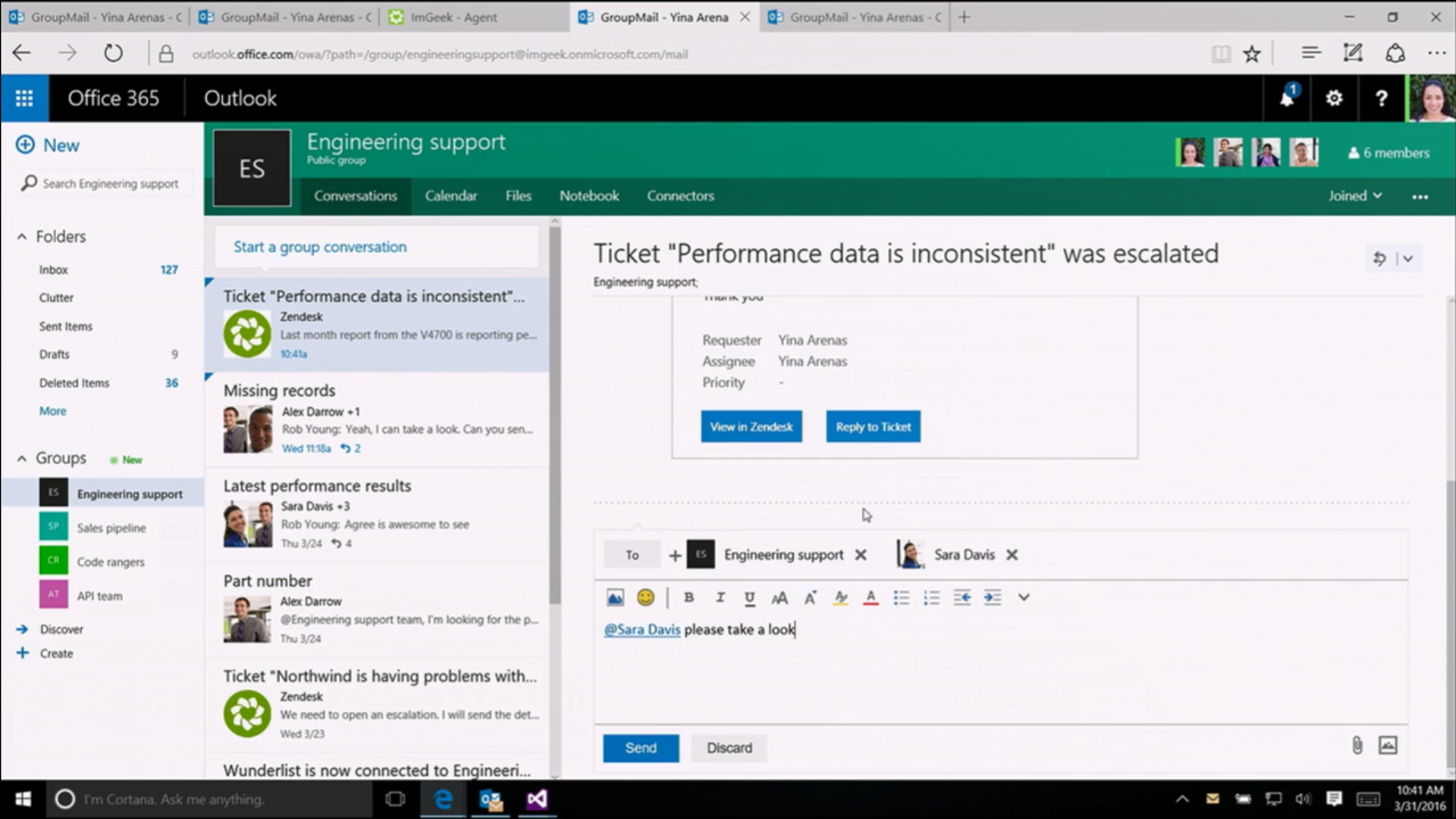 What this all really means for getting stuff done at work

Henry Ford is often credited with the saying “If I had asked people what they wanted, they would have said faster horses” (although it appears he didn’t actually say it.) Even so… when it comes to computer interfaces at work – we may be coming up on a faster-horse inflection point.

Our understanding of how to find, store and share information - if Microsoft’s vision comes to fruition - is changing in a big way. If you’re currently considering upgrading or overhauling your intranet… enterprise search… employee access to data… or communication mechanisms… the importance of Conversation-as-a-platform as a concept cannot be understated.