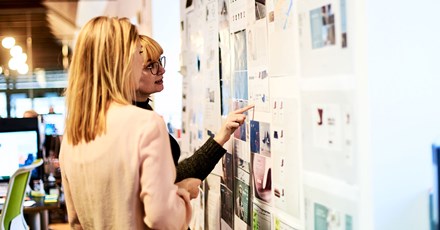 On May 31st, during a big awardshow in Amsterdam, Beerwulf and Valtech were crowned with a golden Dutch Interactive Award for the incredibly successful webshop Beerwulf.com.

The Dutch Interactive Awards (DIA) are the prizes for the best interactive online work of Dutch agencies. This year, more than 150 agencies entered a total of 300 cases. In April, the jury nominated 74 projects in 14 categories, that had to be pitched in front of the DIA jury at the end of the same month. During a big awardshow in Amsterdam on May 31st, the winners were announced.

On Emerce.nl, the jury added their comments as to why Beerwulf.com deserves this specific award. (Originally in Dutch, but translated.)

“E-commerce – Gold:  Valtech – Beerwulf.com
The site for specialty beers went from 400 orders per week last year, to 400 order per hour now. That is impressive. The speed of both development of the site as the growth in revenue is impressive as well. A good choice to work with an external party at the beginning and start recruiting “your own” people later on. With investor Heineken, Beerwulf operates strongly on uncharted territory, with remarkable growth figures.”

Beerwulf.com is an international e-commerce platform at which consumers are exposed to the growing amount of specialty beers and brewers can easily manage their assortment. Beerwulf and Valtech have been working very hard to launch the webshop and already rolled it out over several countries in the EU. More information about the case can be found here.