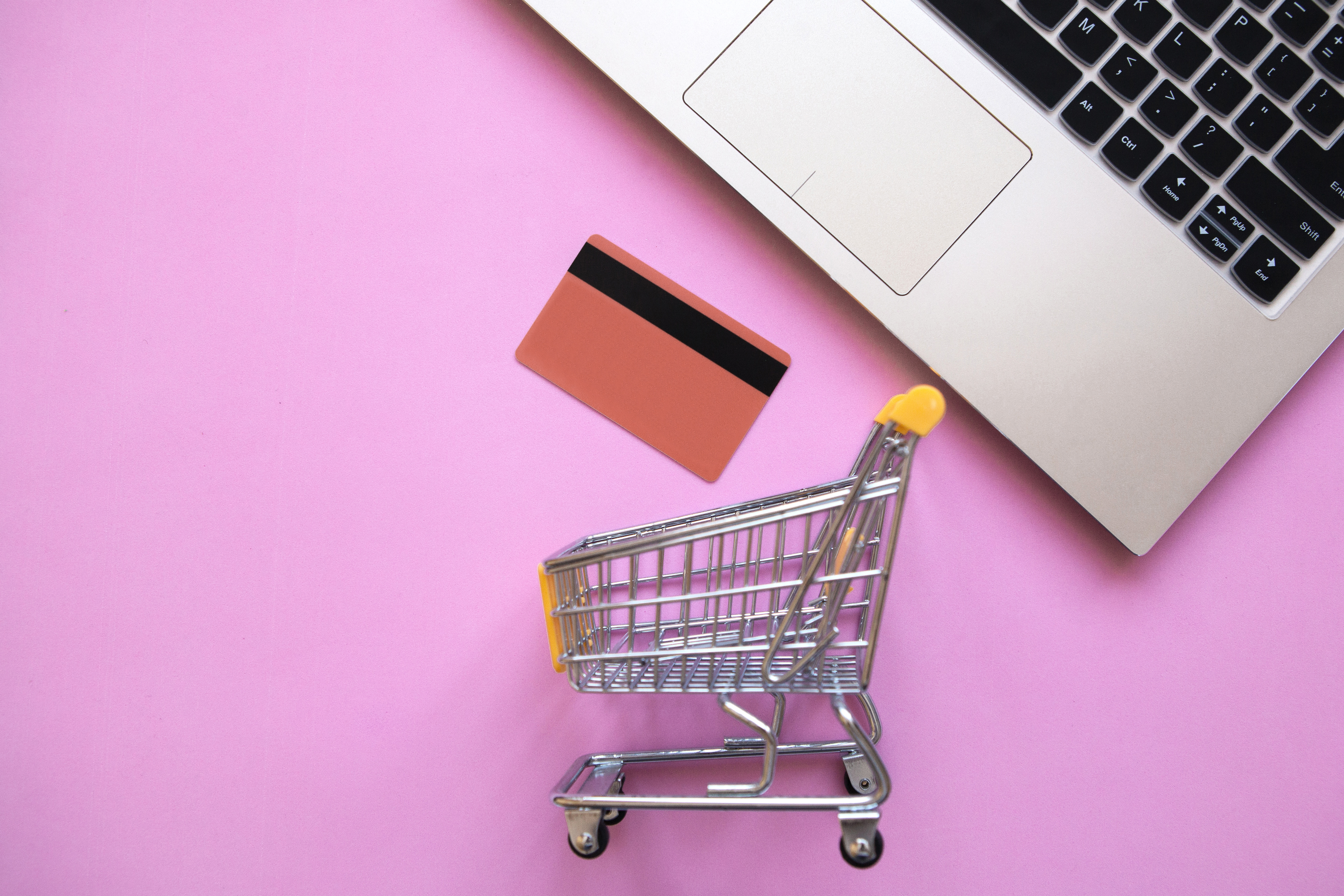 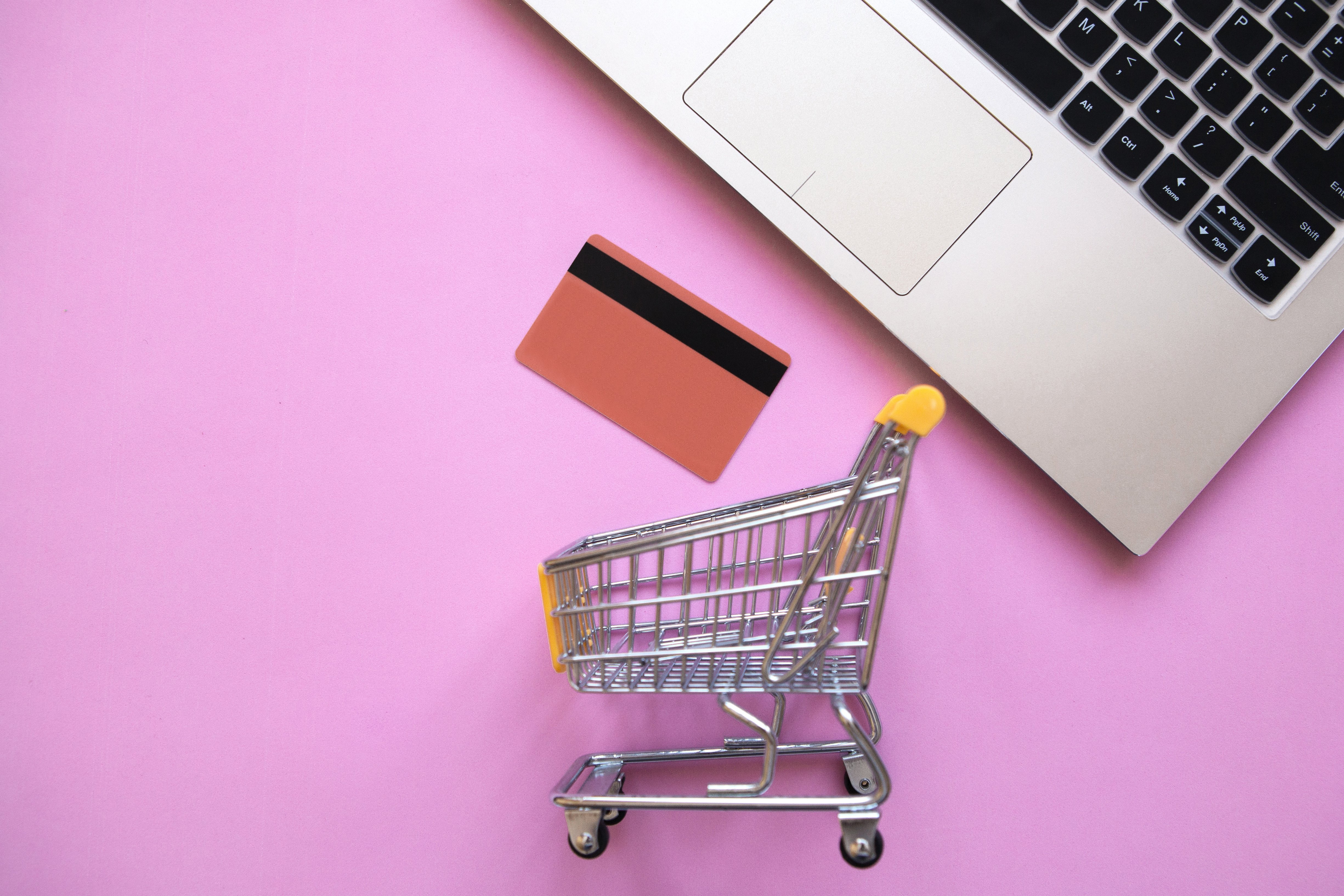 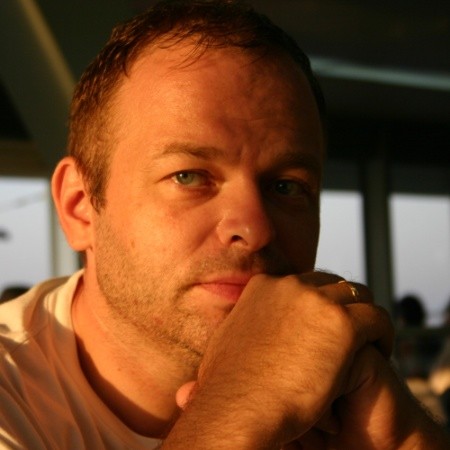 First some background into the client’s eCommerce website. The eCommerce platform is powered by Episerver CMS and Episerver Commerce, running on the latest versions guaranteed by the in-place Application Lifecycle Management process. The catalogue items are indexed in the Episerver Find search engine cloud service. The index is updated during the daily scheduled product import. The eCommerce application is hosted entirely in Azure as several WebApps: one WebApp for Episerver Commerce (1 instance) and two WebApps for the Episerver CMS (each with several instances on S2 Large). The Episerver CMS has been set up for the seven countries the retailer is active in, including the Netherlands, Belgium, France, Germany, Luxembourg, Austria and Poland.

The commerce entities, such as the product catalogue, prices and availability, were imported into the Episerver Commerce application through an asynchronous import of separate XML files, delivered by the client’s backoffice systems. The Episerver Scheduled Jobs functionality was used to retrieve the XML files from the FTP server and import these items into the eCommerce catalogue. The execution of these jobs was loosely scheduled without a direct relation between the different jobs. The product completeness rules were also implemented in the CMS application so the Episerver catalogue could contain products that could or should not be displayed on the webshop. The same could also be said for Episerver Find that also contained these unpublished products.

The situation described in the previous paragraph illustrates the fact that the import processes were an integral part of the content management and content delivery instances of Episerver CMS. Any issues with these scheduled jobs would have a negative impact on the production environment of the eCommerce website, because essentially the same instances were tasked with different responsibilities. And unfortunately, there were indeed some serious issues that would impact the performance and uptime of the platform.

Episerver Find in combination with a high traffic website

Because the import could only be done in large batches, if the Episerver instance was restarted by Azure, the import would need to be restarted in its entirety. Obviously, this could not be done at any random time because of the expected peak loads on the website.

The import through Episerver jobs also provided limited monitoring data as it only provided the final output and sometimes even did not gave an alert when the job failed to run or complete. A lot of time was spent determining the publication (or lack thereof) of products and troubleshooting issues was a very frustrating process.

The issues with Episerver Find were somewhat mitigated by moving the Index over to a new cluster on Azure, extending the QPS (Query Per Second) and by subsequent Episerver Find updates. But the decision was eventually made to change the import architecture to bring improved performance, stability, dependability and predictability to the client’s online platform.

As the first part of the solution, the import processes and the indexation process were isolated in a separate and dedicated Episerver CMS instance. This instance would be solely responsible for the Episerver scheduled jobs and would not be part of the Content Management and Content Delivery function. Any issues with these processes would not have any impact on the production environment, guaranteeing an improved uptime of the eCommerce website. Adding this dedicated layer was a part of good architectural design principles. 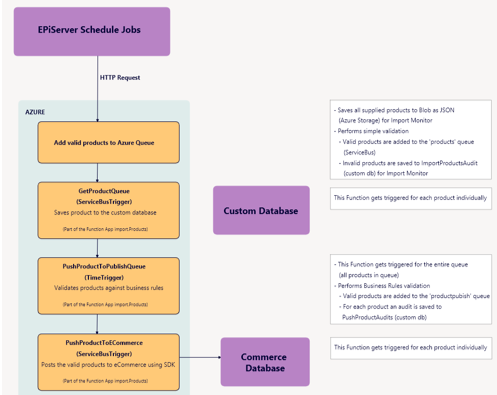 The Scheduled Jobs in Episerver make HTTP requests to the Azure Function that is responsible for retrieving the products from the FTP server and storing them in an Azure queue. The following Function App would retrieve the items from the queue and store them in a temporary table. A third Function App would retrieve the products that are publishable based on the completeness rules from the table and add them to the Episerver Catalogue using the Episerver SDK as the Content API is not yet usable for Episerver Commerce objects.

In this solution each Product is imported one by one which offers the opportunity to import specific products if the import fails somewhere down the import line. It would no longer be necessary to redo the whole import process if one items failed. Azure Functions are more reliable and more efficient than using the Scheduled Jobs offered by Episerver. Azure Functions are also easier to maintain because each function has a single responsibility.

Basically, what we could learn from this process is that it is important to fit software systems into the solution architecture based on their strengths not what is offered or possible as an extra. Episerver CMS and Episerver Commerce excel in personalized content delivery and eCommerce capabilities. But it is very important not to make required background processes detrimental to these capabilities.

With a focus on speed, customer experience and conversion.

Currency exchange and your everyday bank with the user in focus

Design a website for a brand without a brand identity: how do you manage that?