Change is the Fuel for Innovation 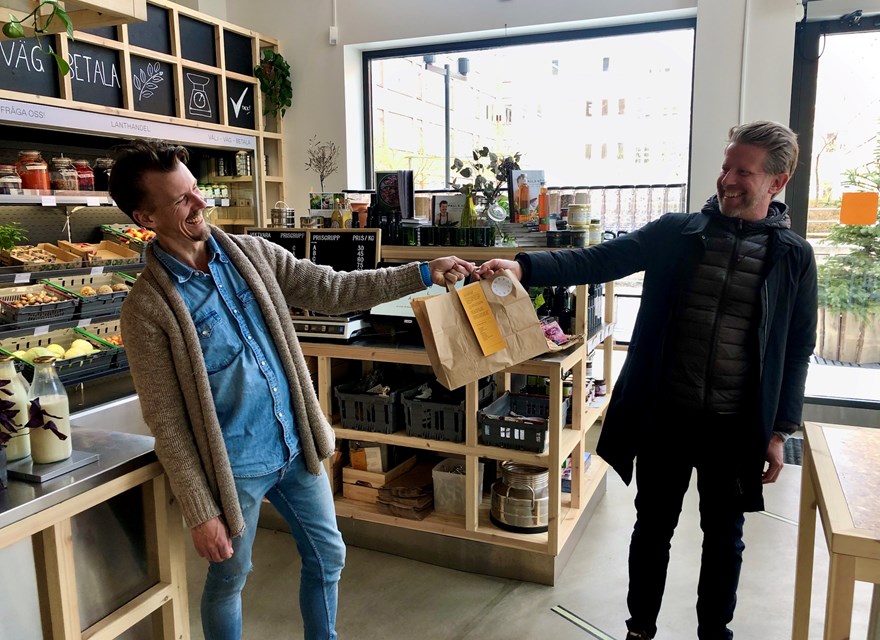 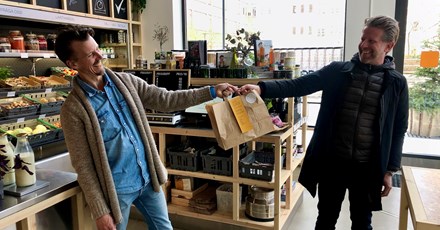 Most companies recognize the importance of innovation. What most companies don´t recognize though is that innovation is about experimenting with the unknown … hard to do when most processes have been developed to deliver predictability.

Humans don´t like change, why? Because we are programed to like what we recognize. But change opens new avenues, new strengths, weaknesses, opportunities and threats (the familiar SWOT model). Each of them is equally important to fuel innovation.

Today we are facing the biggest change in our way of life in recent memory, and in this article, I wanted to shift focus and move away from innovation frameworks or methodologies. Instead this a conversation between me, Mattias Malmer, and my friend Paul Svensson—a true innovator.

Paul Svensson is a true innovator and passionate about creating a more sustainable world—a world where food is not only more sustainable for the climate but also for humankind. He established pop-up restaurant ‘Retaste,’ a business concept that is about saving food that would otherwise have been thrown away. Instead of seeing food-waste as a problem, it became an opportunity. The restaurant team picked up ingredients just before they were thrown out of various grocery stores and then cooked a luxurious seven-course meal with non-alcoholic drinks. Each sitting consisted of 16 guests who also got a description of the food they ate and the whole intention of saving it. During the five months the restaurant was open, 1500 guests enjoyed the dishes and drinks served. 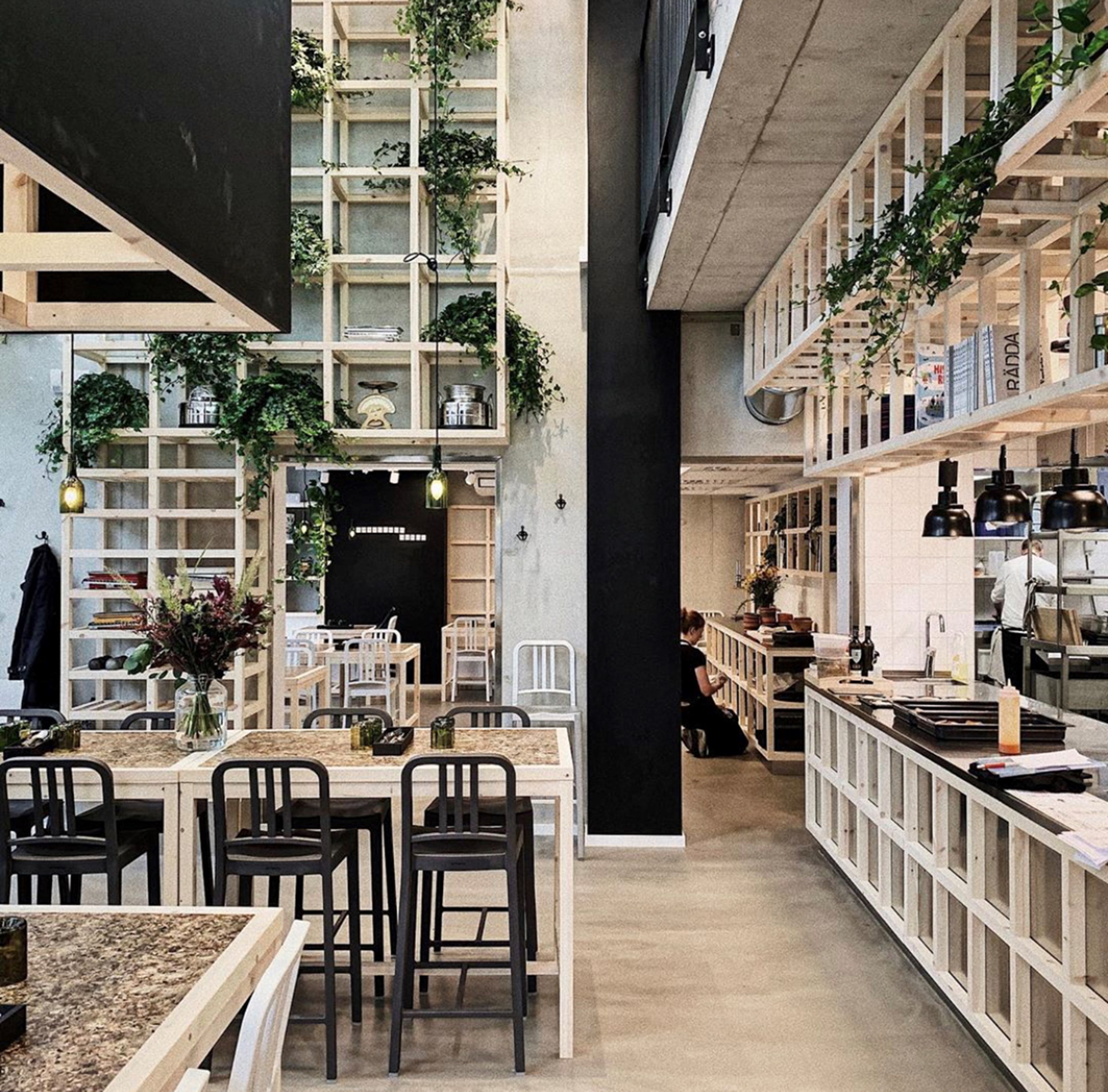 Paul has represented Sweden in Bocuse dÓr and has worked in several of Sweden's (and the world’s) best pubs. Since 2014, he has run the amazing restaurant at the Photographic Museum in Stockholm, which in 2017 was named the world's best museum restaurant, gaining the Michelin Guide 2020 sustainability emblem.

Paul can often be seen on TV and has written several cookbooks.

Mattias: When I say “Change is the fuel to innovation,” what goes through your mind?

Paul: Most people don´t like change. We like what we recognize, and we like predictability. I think change needs to be imposed either through leadership in a company or by external factors such as the current situation. In a company, a passionate leadership and a culture that encourages change as part of the DNA must drive change but equally important is being able to show results quickly. When change is imposed by external factors, it is even more important to have a culture where change is part of the DNA. In those situations, you are not the one who sets the conditions but you have to adapt to the new conditions and sometimes you have to adapt very fast, like now.

Those with change within their DNA will feel more secure in unpredictable situations (like the one we are in right now) as they have a culture to lean on. Moreover, in times of crisis where the imposed conditions are about survival, it is even more important to have this in place because it takes courage and security to navigate through times of crisis. That does not mean that you do not have to make extremely difficult decisions. When it comes to survival, it is a lot about looking at how small we can become whilst still running the business with a sustainable business model. 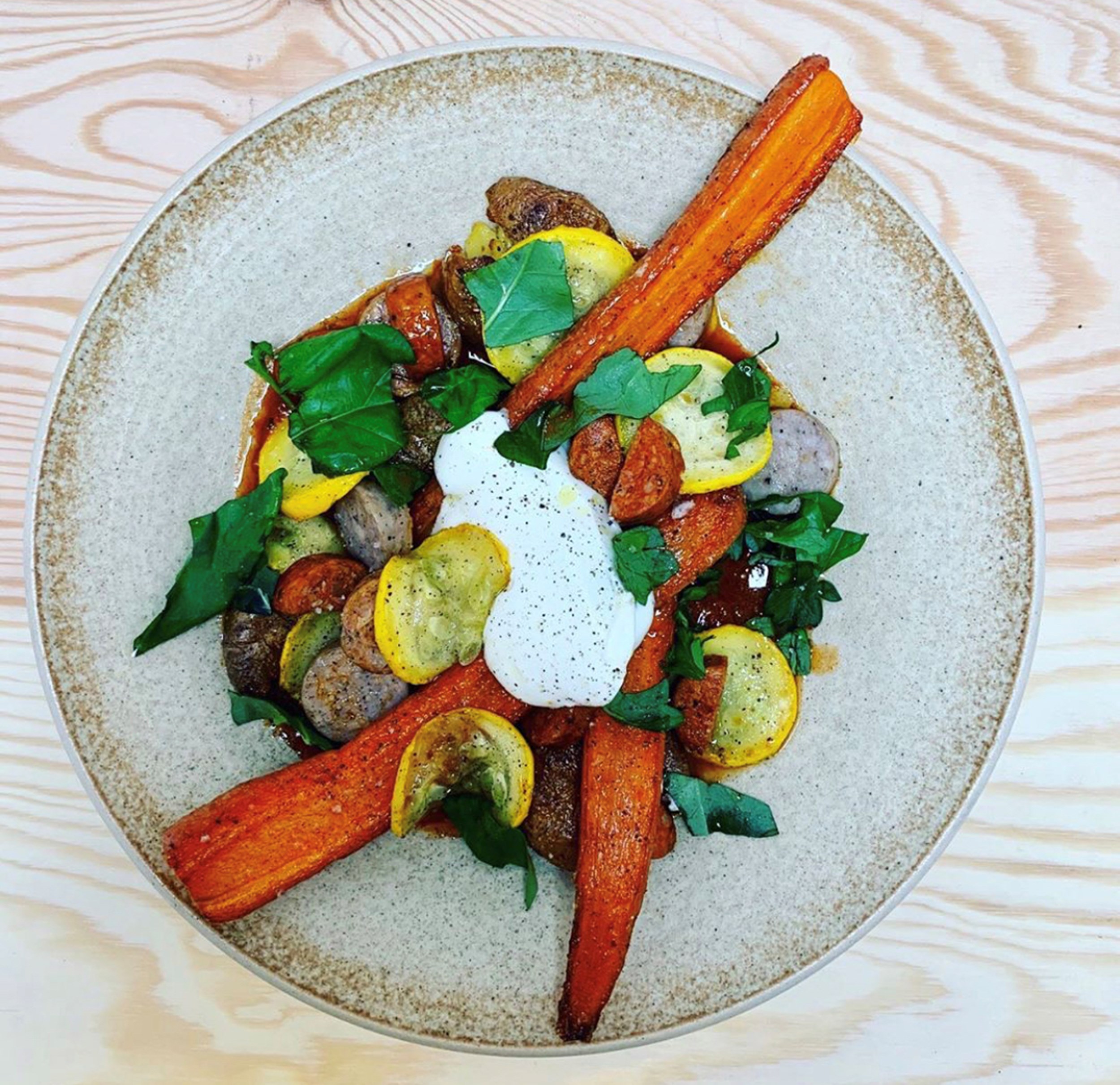 Mattias: So, in the current situation, what does that look like for your business?

Paul: In a normal situation, you’re always striving to grow. That means you want your business to be bigger at the end of the year than it was at the beginning of the year. Maybe we start asking ourselves the question, the question many companies are asking themselves right now, ‘What is the minimum size our business can be in order to operate and keep a profitable and sustainable business model? What kind of company can we build on in those circumstances?' We need to look into every single part of the business and start building a list of ideas to test. However, it’s important to point out, this is not about downsizing, this is about finding new ways of driving the business on a smaller scale. You have to innovate yourself out of it.

When things turn around, you’ll be coming out with new or re-imagined business models and offerings. A downsizing approach will only make you smaller and weaker, and that means that when things turn around, you are coming out the same but smaller. That could work if you think your competitors are doing the same, but more likely some of them will come out smaller BUT with new offerings and business models.

Mattias: Let´s talk about innovation. I know you are familiar with Design Thinking as a mindset and framework/methodology for innovation; in today’s situation, what is your view on that?

Paul: Yes, in an ideal world where you have time to do research, a discovery to gather insights and prototyping it is a good framework. But right now, we don´t have time. It´s about survival and every day is a new experiment.

Mattias: That is what I would call a maker and do-er culture. Where growth hacking is at the core of the process, and you build a backlog of hypothesis that you want/need to test as quickly as possible.

Paul: That is exactly what we are doing right now. The last couple of weeks we have done some tests. Already we can see that a couple of these could be something to go for, but also we’ve found new requirements that become even clearer in a situation like this. I need to put all my time and energy into the experiments.

Mattias: Can you share a couple of examples of experiments that you’ve taken from idea/hypothesis stage to the actual test?

Paul: One of the things we are experimenting with is, of course, the food-bag concept. As a concept it’s nothing new but how can we tap into that market and what would that product look like? The food-bag concept is kind of broad as it’s everything from a bag with groceries to a recipe where you get all of the ingredients and the instructions to cook something that is already semi done. So, from doing everything by yourself to doing it with guidance to get as much as possible done in advance.

Change must be driven by a passionate leadership and a culture that encourages change as part of the DNA.
- Paul Svensson 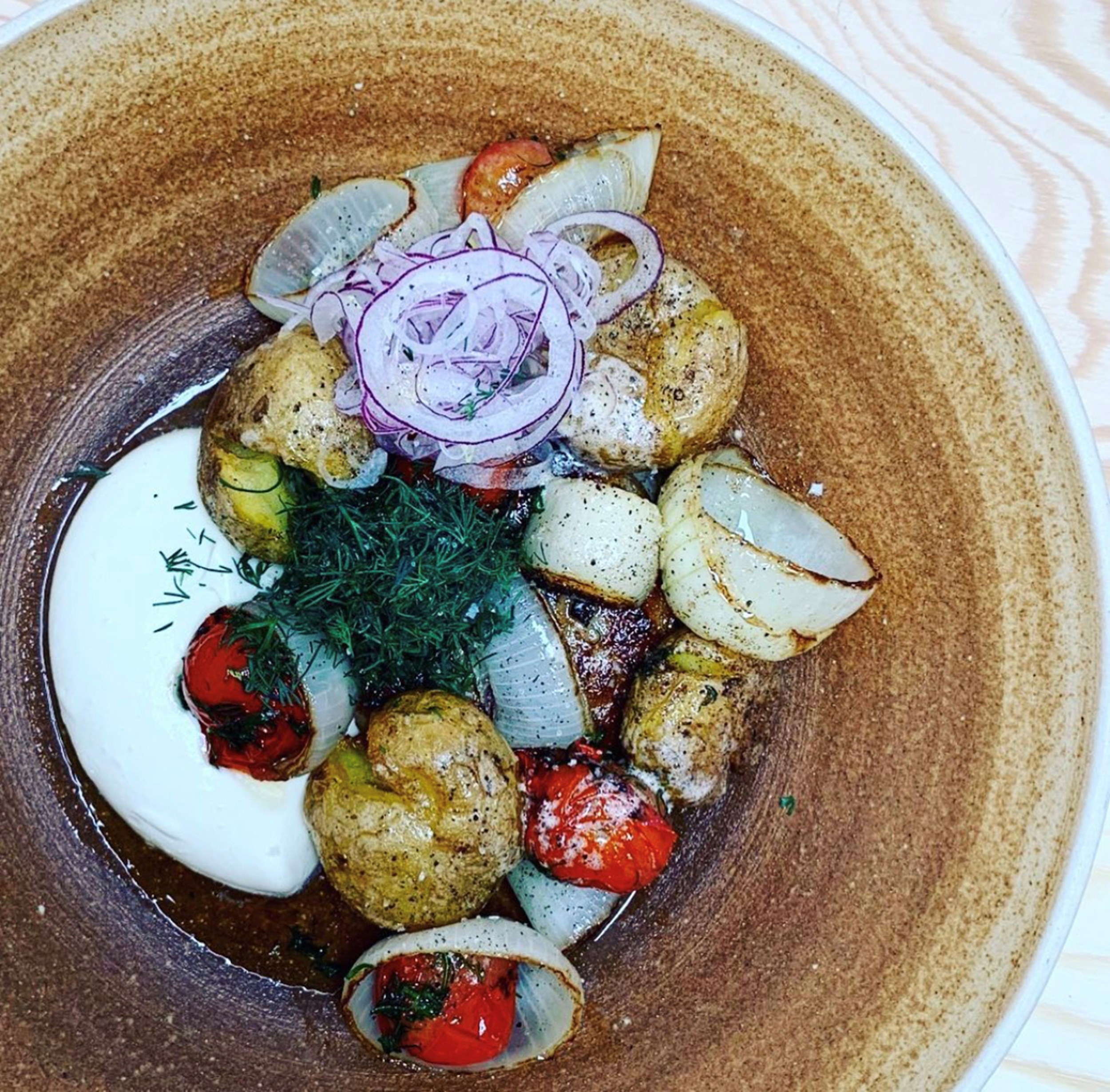 Doing experiments on this has been like a live Gallup poll; some components can’t be pre-done, and some can. Usually when developing products, you do a lot of pre-thinking—target group, name and logo, go to market plan, etc. We are kind of working backwards as we are filling brown paper bags and boxes without any name or logo. It´s like the raw prototype. We are focusing on building the product in an iterative way by testing in real life. When we have the “perfect” product, we can start thinking about the name, packaging, etc.

As an example, if we do pizza bag, you get all ingredients like the dough and tomato sauce together with the instructions. First of all, this should be the best pizza you have ever tasted, and on top of that, you get another dimension which is sustainability. The dough is made of old bread , the tomatoes that have been used for the sauce were about to be thrown away. So, not only are you getting the best pizza ever, you are also preventing food waste.

Other tests we are doing right are things that are not new, but again how we can tap into spaces like drive-throughs or pop-up bakeries. These are early experiments but could be long-term business models as well.

Mattias: What are the most important learnings from these experiments?

Paul: It takes too much time from thought to execution. We are afraid, anxious and used to a way of doing things where we want everything in place before we test. We need to learn how to be more lab-oriented, be in the Beta-mode. We should always have something on the ‘workbench’ out there being tested. The focus needs to be on the idea it´s the products that are front and centre, not a ‘lesser’ version of the original brand.

Mattias: One last question, what are the ingredients for driving successful innovation?

Paul: Constant product development without starting to think about target groups, etc. Focus on the ideas/hypotheses and create the best product you can. Always be in beta-mode and build a culture that fosters an acceptance of testing.

While it might be true that humans don’t like change, it’s equally true that change is as unavoidable a part of human life as anything else. Having change and transformation as part of your company’s DNA is sure to be a necessity for all businesses. And this continues to be the case even long after the current crisis has passed. But more importantly, creating a culture that encourages innovation and change might be the secret that helps you to navigate any unforeseen future disruption.