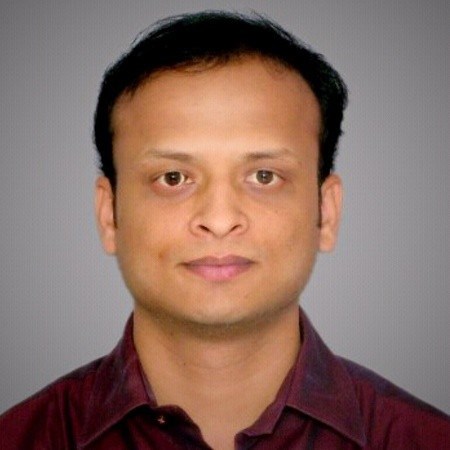 Robotic Process Automation (RPA) has been a buzzword in the IT industry for quite some time and it still remains a buzzword even today. This blog write-up would give you a glimpse of what RPA is about.

The Robot, here it is a software component. The process is a sequence of tasks that anybody would be following to attain the goal. And the automation is performing such tasks using tool which would replace human interference.

Such robots you build or configure should be capable enough to track your application’s transactions, do calculations, handling data or answer back to queries posed from other software applications. We have seen the kinds of robots (but they were less/no cognitive in nature) already in manufacturing industries and they brought revolution, particularly, in the car manufacturing industry. Well, known car manufacturers are the good examples for this. Using those robots, manufacturing a car has become faster and is of more accuracy.

The major benefit of the RPA is a scope of its applicability that embraces a variety of industries. All you need to submit to RPA is a task which is well defined, which is rule based and is also a repetitive. Some of the tasks could be the data entry tasks, evaluation. The benefits of using RPA includes following but are not limited to:

RPA can help complete the task with high speed and more accurate. Unlike human who tend to do mistakes, Robots are made to be more accurate and even when they work 24/7 and any longer period without taking off from work.

Company can come up with their own business process with rules and if the same are configured to be followed, RPA could obediently track the processes and document it. This aids in being more insight and to improve the process.

As there are no human interventions required, it can run on its own and with less time and so the operational cost is reduced. You even don’t have to conduct trainings as you would do to empower your employees.

Robots are deputized to perform tedious repetitive tasks. Those human resources doing the same activities are put on other productive work such as decision making where one needed to have personal interactions or interacting with the customers which would have positive impact on optimizing the business processes or improvising the business models.

When you assign a task to robot to analyze the data that the same or other robot has collected the data, you would get greater analysis. This in turn would help your organization to optimize the process or any kind of transactions depending on the nature of data fed for analysis.

How does it make difference than any other process automation systems or the traditional automation process?

Process automation is nothing new. It is there in the industry for years. Of course, there have been few process automation systems earlier. All they have been, including Artificial Intelligence (AI) laid down the foundation for RPA. RPA seems to be over leading and more promising.

RPA is capable enough to behave as a human. It can be aware of the things happening around, learn from situations and respond accordingly. You must have heard about driverless automobiles. These driverless cars have been more accurate in controlling the speed, turning on/off the indicator when needed. All these responses are much similar that a human would respond to a situation. This tacit knowledge of RPA makes it stand different of all other process automation systems.

Automating only the methods or features that have been written using any programming languages is no longer sufficient. The potential of automation should reflect the speed and the accuracy achieved by the technologies such as Artificial Intelligence, Machine learning and Cognitive computing. Just the automation tools don’t be of help to you to achieve all this but Robots does.

When would it go adversely?

When the business processes are chosen to automate are impractical

Choosing the right processes is more important before opting RPA. The tasks should be more of repetitive, high in volume and most importantly, they should not need the human intervention to make a judgment.

Integration of RPA with the existing processes

There is nothing predefined as such to apply RPA to any organization. It varies case by case. Integration of RPA to existing processes is a challenge, as it requires analyzing the existing process and then modifying them to fit to the latest processes.

Of course the initial setup would cost more and also to keep it up and running further too. Therefore, the organizations thinking of adopting RPA should have thorough knowledge about RPA, well analyzed concerning to the cost to implement and ROI. However, if it is studied well and adopted, ROI increases significantly by optimizing cost in the operations.

Many surveys articulate that 60% of the humans are replaced by automation process and in the next few years, 30%-40% of the remaining humans would be replaced by this automation. IT outsourcing and business processing outsourcing operations would be impacted significantly. On the other hand, this technology allows re-definition of roles and makes the people available who were doing the repeated routine each day. These resources, later, could be put into the roles where more strategic and creative thoughts are required. This also allows organizations to transform their business processes to the next higher level and there by leveraging more opportunities, technology innovations and challenges. One should be optimistic that RPA is not pinching out the jobs from human but it is creating space to be more creative and innovative. The robots can augment the capabilities of the human. However, there is a success only when there is a holistic approach to adopt new technology, business process redefinition when required and people ready to accept robots as their co-workers.