The risks and rewards of the Fourth Industrial Revolution 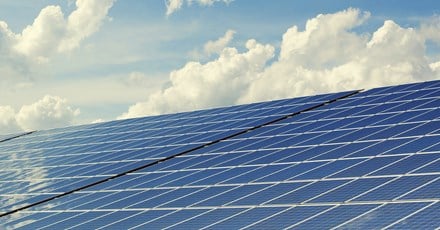 Does a time of economic transition alter our outlook on risk? The dawn of the industrial revolution brought to light phenomenal opportunities for business, forever altered and ushered in the middle class.

It was also fraught with risk and tragic casualty.

What will the transition to the digital era bring? 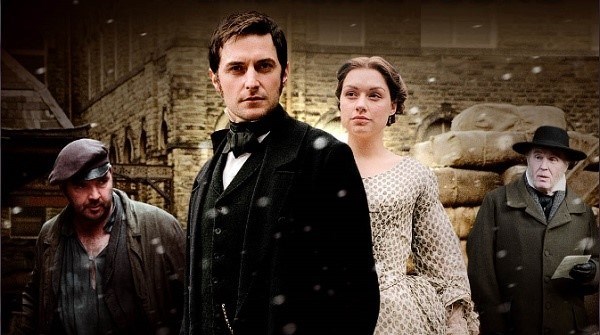 My colleague Amanda Holtstrom possesses the unlikely combination of undergraduate degrees in both Software Engineering (with a focus on HCI) and English literature. Her interests and perspectives are fantastically diverse; equally happy to discuss the merits of the Hunger Games, how to fabricate your own Elizabethan ruff collar (which she actually did), or the finer points of information governance.

She’s smart.  You really could describe the way her mind works as “nonlinear”.

Chatting with her the other day about the parallels between the industrial revolution and what appears to be a digital revolution, she said something unexpected that got my brain humming. Paraphrasing, she remarked:

Some extremely compelling English literature emerged during the Industrial Revolution.  It was an era of terrific creativity.

Her observation immediately reminded me of Elizabeth Gaskell’s North and South.  The heroine of the story, Margaret Hale, moves from her idyllic country home in southern England to a rapidly industrializing town in the north.  Ms. Hale is appalled by what she sees in the cotton mills of the north.  As the daughter of a former pastor, she floats between the rich merchant class and the working class citizens.  She witnesses the horrors of the industrial age: her new friend Betsy dies from the accumulation of cotton dust trapped in her lungs, families starve from prolonged strikes while seeking fair wages, Margaret gets hit in the head by a rock flung by a desperate protester… all varieties of tragedy strike this working class town.

Somewhat predictably, Margaret falls into a state of conflicted love with the brooding, devastatingly handsome owner of one of the cotton mills: Mr. Thorton (although it takes her a painfully long time to realize it.)  Thorton is initially dismissed by the often (annoyingly) morally superior Hale as a greedy, emotionless overlord. He eventually emerges as a thoughtful employer and a decent guy – cognoscente of the economic value that his work brings to the community.  It becomes evident as the story progresses that despite hardships, the human cost of this progress leads to justifiable gains for (mostly) everyone.

If you’re short on time and a fan of costume dramas, there’s a terrific Masterpiece Theatre adaptation of the novel currently available on Netflix

What is the human cost of the digital era?

The catalysts of the digital age – mobile, social, cloud, big data – offer the possibility of significant reward.  Permutations and combinations of these elements form the foundation of the gig economy, the sharing economy and the platform economy. They have opened the door to new business models capable of rapidly reaching industry-crushing scale.

Last week, The Fourth Industrial Revolution was the primary subject of discussion at the World Economic Forum.  The world’s political, business and academic leaders converged in Davos to discuss the changes, opportunities and threats brought about by the Digital Revolution.

Several characteristics of businesses optimized for the digital age have emerged that are clearly distinctive from the models that have proven effective for the industrial age.  Where scientific management and, later, movements like Six Sigma focused on optimizing known processes; the digital age brings with it a greater need to prepare the organization for the complex and unexpected.  It’s no wonder that The New York Times reported recently that digital transformation is due to hit the mainstream in 2016.

It feels like there is a finite window for change; although it’s hard to assess how much time there really is. As technologies like blockchain encroach on the financial sector, machine learning takes on the newsroom, big data alters the power dynamic in farming – one might be tempted to conclude that the window of time is brief.

The operational landscape requires a different outlook on corporate knowledge work.Intensifying the volume and diversity of information available, encouraging network relationships that challenge groupthink and introducing greater capacity to self-organize are often regarded as sound strategies for addressing the emergent risks associated with the shift to the digital age.

Dion Hinchcliffe enumerates many of the most common practices for boosting “digital metabolism” and closing the technology gap:  Working Out Loud, Digital Sensemaking & PKM, Open Digital Collaboration, Network Leadership to name a few.

All strategies relate to encouraging the open and rapid flow of information.

Another stroll by her desk brought forth this thoughtful remark:

Every piece of content carries a distinct risk profile

Retaining content in the hopes of somehow making use of it someday leaves the door open to the threat of misuse.

Her point is especially striking in the wake of stomach-churning data breaches like that of VTech Toys.  In this case, hackers gained access to rich personal data including photos of parents and kids as well as a year’s worth of chat logs.  Also found were the names, email addresses, passwords, and home addresses of 4,833,678 parents, and the first names, genders and birthdays of more than 200,000 kids.

I suspect Amanda might find strong alignment with Trend Micro’s Vice President of Cloud Research, Mark Nunnikhoven’s view on “The Principle of Least Data”.  He argues that:

An organization must collect and store only the data needed to complete their task.

To insulate against breach, extraneous data should be culled, archived or treated with extreme care.

And, this is where I get stuck…

Intuitively, the idea of network densification advocated by workplace sociologists makes sense to me. The more information that is shared and retained, the greater the chance there is for serendipitous insights and as Hinchcliffe puts it, increased “digital metabolism”… The data is, however “extraneous” by nature.  And, it is painfully clear that the security considerations cannot be taken lightly.

Inaction on either side is potentially damning.  The philosophies, at least to me, appear to clash.

The transformation to the industrial age offered opportunity for profit but not without loss and casualty.  It took time for the system to normalize – balancing the opportunity with fair pay and reasonable health and safety practices.  Halting progress to protect the participants was never really a long-term option.

So what’s the solution for the digital age? Maybe I need to take a walk past