Valtech Then & Now: The Evolution of Valtech Told by Two Valtechers 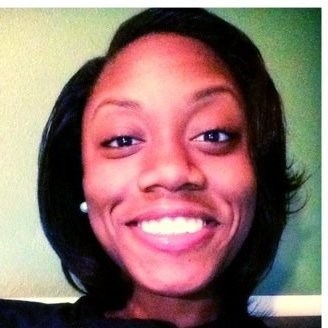 Even in the early days, Valtech’s goals were well beyond its years. Our passion for innovation and technology helped ignite the long-term vision of the company. Now 25, Valtech is a digital consulting agency unlike any other. Discover the evolution of Valtech from the perspective of two employees who have been here since the beginning.

Throwback! The ’90s Version of Valtech

Interviewer: Tell us a little about when you first started Valtech back in “the early days?”

Suzanne: I joined Valtech on September 19, 1995, when the company only existed in France. There were only about 10-15 people working at Valtech at the time!

Henri: When I started at Valtech in June 1994, we were a very small company. The first day that I joined, I had a new Macintosh, and I had the first mobile phone. It was 1994, can you imagine the size of that mobile phone?

Suzanne: Speaking of phones, in the beginning, I had to actually bring my personal phone. Not mobile, but a landline phone from my house! I would bring it to the office every morning and plug it in and then take it back with me in the evening. Thinking back, it was quite a fun time.

Interviewer: Great, and how would you describe the type of work you did and the working environment back then?

Henri: For the first few months we were more focused on organizing events, especially marketing events. We were kings of the database and sending mail at the time, so printing and organizing documents took extra work, and we were just starting to develop Valtech brand awareness. Valtech was a marketing company with a lot of innovation initiatives and a strong information technology (IT) practice. That was really the beginning. So we worked day and night, it felt like a family business. We hosted parties after work all the time, we went on holidays together, and we were happy together, as I’m sure you can imagine.

Suzanne: I actually started up the agency in Toulouse, France. We were really in a start-up mode, but back in those days, Valtech was not at all what it is today. We were focusing on bringing awareness of technology, methodology through training and consulting services. Valtech has followed a natural evolution of what the world of IT marketing business is, so after all these years, we have been pioneers, and we have been known as best in class. So, like I said, back in those days we were 15-17 people, a very little agency, and we had to do everything ourselves. But it was fun!

Waiting for technology to catch up to their vision, Valtech made the most out of each era. We began as a startup with big dreams. Today, we are a global company celebrating the success of 25 years, but this didn’t happen overnight.

Interviewer: In your eyes, how has Valtech evolved over the years?

Henri: We were a French company in the past, but now we are an international company with more than 35 offices worldwide. We describe ourselves as “one connected agency” with an international mindset, and I think that is one of the reasons why we attract and keep talented people.

Suzanne: I agree, and that’s one of the things that makes me proud to be part of Valtech - our people. Over the past 25 years, top management has changed, but the fact that we’ve actually kept our DNA means there is something special with Valtech, and it's the same for former employees. There's something remarkable about being part of the Valtech family. And I think that is really what is most impressive.

Henri: Definitely, I believe that in terms of management, there is a strong respect for our employees. We have a passion for opportunity and the ability to attract talented people. Everyone has a passion for the company, a passion for what they are doing and a passion for our customers.

Suzanne: I think it’s really astonishing that Valtech has always been known with a good reputation through these years. Now we are known as strong leaders in the digital world, and it surprises me how Valtech has stayed relevant as a pioneer. I think that's really amazing.

Henri: We like to share our knowledge and we like to learn. This is more challenging now because we are a big company, but it’s still part of our DNA.

Henri and Suzanne have extensive knowledge of Valtech’s history, so we were eager to get their opinion of how they see the company evolving in the 25 years.

Crystal Ball – The Future of Valtech

Interviewer: Where is Valtech headed?

Suzanne: I see Valtech being wherever the future is. Wherever our industry is in ten years, that’s where we’ll be. We're going to be the best in class is how I see it. That's how we've always done it, and I don’t see that changing.

Henri: What will be next? More countries, more people and bigger projects with global customers.
When Sebastian Lombardo came on board in early 2010, he said that he wanted Valtech to be one of the key figures in the digital ecosystem and a global company. I think we are definitely in this position.

There is something unique about the Valtech DNA. Veteran employees recognize this and new employees quickly adapt.

Interviewer: From two of the people who have been Valtechers the longest, what is the best advice you can give to new employees?

Suzanne: Some advice I would give new employees is to relax, be yourself, trust yourself and enjoy the journey. Embrace everything that Valtech can give to you.

Henri: Becoming part of the Valtech family really impacts not only your professional life but your personal life as well.

Suzanne: Yes, at Valtech you can speak up and take on new responsibilities. Valtech has a very flat hierarchy, so it’s an open environment. There is a real career path here. If you show that you have it in you, you can go a really long way in your career at Valtech.

Henri: And the reason is because we want to learn, we want to satisfy our customers, and we want to continue to build our brand awareness all over the world. It’s important for new Valtech employees to know that we are going to give you a lot and we are going to expect a lot from you in return.

Valtech in One Word

Suzanne: If I had to pick just one word, I would say “people.” The people make Valtech. The people of Valtech are our gold mine. It is something that many other companies do not have.

Henri: I would say “ambition” because ambition is our mindset. We’re ambitious about new countries, customers, employees and about being different.

Valtech is a company that did not get lost in history. Each new generation of employees adopts the Valtech way: a passion for technology and innovation. For each digital era, Valtech was a pioneer. Our 25th anniversary is about celebrating our success and commemorating our many employees like Henri and Suzanne.

In a world full of constant change, good people are the only constant.

And that’s a wrap for now. Cheers to another 25 years!