Your Computer Doesn't Care What Gender You Are: How Access To Tech Is Changing Female Career Paths 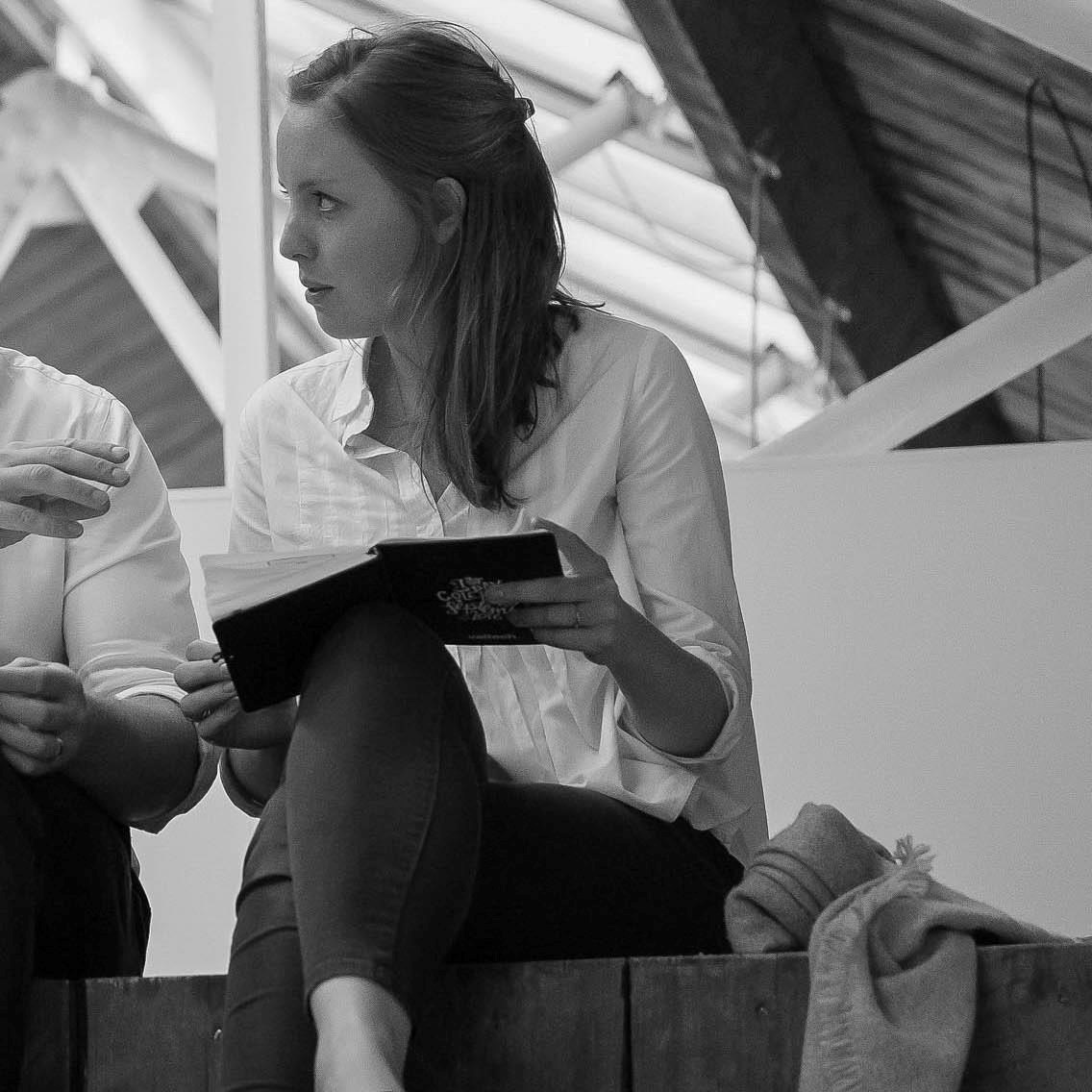 We know there’s an imbalance in the number of women in tech, but why does it matter and why do we care so much? Is this about a skills gap, or is this about proving a point? And who are we targeting? Surely highlighting the ‘plight’ of women in tech (or lack thereof) only highlights an issue that was born out of a society that no longer exists?

“When we talk about women in tech we usually talk about the proportion of women in technology as a problem, whereas I don’t think that’s the real problem” says Sarah Belghiti, Data Scientist at Valtech, and I think she’s right. “The problem comes much earlier, and it’s actually a social problem. There has been a lack of freedom and in many cases a lack of knowledge about what a role in technology actually looks like for women and girls.”

We know there’s an imbalance in the number of women in tech, but why does it matter and why do we care so much? Is this about a skills gap, or is this about proving a point? And who are we targeting? Surely highlighting the ‘plight’ of women in tech (or lack thereof) only highlights an issue that was born out of a society that no longer exists?

We know that this is, in part, a grass-roots level problem but there are clearly other issues at play. We know that earlier generations of children were rarely exposed to technology because it didn’t exist in the same way. If they did come across it, it was (usually) the boys playing on consoles or sat in happy isolation at their computers whilst the girls (for the most part) fell into another predefined social role.

The reality is that when the children of those decades grew up, they self-selected (with limited freedom for many) the roles they would assume in later life. That’s the rhetoric at least; that the more technologically-exposed men with their science kits, action men toys, and astronauts outfits went on to tackle the big challenges because they’d always been told they could, and they should. The women on the other hand, with their dolls, prams, make-up sets and jewellery-making kits had been, on the whole, influenced differently.

In a broader sense, consider the names that we know so well in science and technology… the ones that filled our textbooks at school: Watson and Crick, Isaac Newton, Pavlov …. Why weren’t Caroline Hershel, Barbara McClintock, Dorothy Hodgkin and Rosalind Franklin featured in those same sentences? It makes no sense. Not only that but when you read the stories of these women, most of them were taken out of school at a young age / prevented from continuing their studies until they put up a real fight. Women who have had immense influence on the science world, but whose names and achievements were swept out of the limelight. Baffling, no?

Couple that hidden history with a heavy dose of old-school sexism that continues to make the journey to the top of any of the trees much harder for women. And yes, it does still exist. Does the fact that some of us aren’t willing to spend our evenings drinking heavily at after work ‘business meetings’ make us less good at our jobs? Does it hinder our careers when we don’t commit to building relationships in that way? I often walked home from my former job in the City of London past numerous pubs, spilling out with 99% men at 5pm and it was so disheartening. For many, it’s been an accepted culture in the City – but can you imagine if all of the women in offices across the country sacked off the day job at 4pm and went and guzzled drinks for a couple of hours before heading home?! How about the times we’ve been rolled out to lunches to help close a deal (wink wink) or taken as the ‘token woman’ to try and prove a diversity point. And yes, mansplaining is still commonplace and yes there is still harassment – more so than we would care to admit and often accompanied with an eye-roll from us, when really we should have been calling it out much sooner. And yes, there is still a lack of understanding from many men that ‘office banter’ is in fact, far from funny, or ‘harmless’. Or a denial that the ‘boys club’ still exists in senior management across the globe. These examples are omnipresent, from business to sport…. And yet interestingly, since working in technology, and certainly here at Valtech, I haven’t come across it nearly as much (if at all!). I also recognise that many companies have made efforts to curb that culture for both sexes and I also know that that doesn’t happen everywhere. My female colleagues agree that we are treated, for the most part, equally here, and our roles are valued just as much.

The roles in technology are plentiful and varied; creative, data focused, science, design, problem solving, project management, analysis, delivery… this is a huge field. And there are already a myriad of different ‘types’ of women working in this amazing and exciting sector, just not enough of them. For many of us who do work in tech, we couldn’t be happier. I genuinely love working at Valtech. Of course, there is the issue of bias and discrimination and there are changes happening there too, hiring women onto the boards (and seeing profits increase!!), stripping unconscious bias from job specs and anonymising CVs for recruitment purposes. Do we agree with this? (out rings a unanimous ‘Yes!’ from the room), but not just on the grounds of gender…. On the grounds of all of the other biases we hold too.

There are so many awesome, talented and intelligent women here at Valtech and I really value the time I get working with them, all across the globe. But dare I, controversially, say that I quite like working in a mostly “male” environment? It seems to suit me well and Margaux (a data business analyst here at Valtech) and Sarah agree that it works for them too - but we’ve headed into dangerous territory here. Margaux thinks it comes down to shared interests rather than gender, and she’s probably right. We give ourselves a metaphorical rap on the knuckles about the unconscious bias we’re falling for ourselves. She also thinks that the issue might be more to do with genetics than society: “there also has to be some genetic bias – even if we are brought up in the same environment there is a natural gender difference. It’s possible that there are innate behaviours at play here too.”

Sarah agrees in part: “yes, naturally we are different, but I don’t think that it applies to an interest in technology and we shouldn’t downplay the role of society in influencing our decisions and behaviours. We can’t change nature but we can change society.”

The thing is, the world really has changed now. Technologically and societally. Teenagers have more exposure to technology than they can handle, both physically, metaphorically and … psychologically. So, we’ve started to remove some of the barriers of disinterest or lack of understanding. Equally, we’ve blurred the lines of human interaction by adding an anti-human filter to everything we do. Skewing the natural human behaviours learnt over millennia - the blundering conversations, embarrassments and interactions that would once have been character building and led to tightly-bonded relationships; relationships determined by pheromones, chemistry and shared experience and not Snapchat, filters and ‘likes.’ We’ve been replaced by a cheapened counterfeit: ‘The Follower’.

Of course there’s a huge chasm between people being more exposed to tech and women getting into STEM subjects or technology roles. But, women know more than ever, that they can, and that they should. They have the freedom, the opportunities and they also have a swelling shift in social status that is propelling their cause. “I would like to change the perception that the number of women in tech is the real problem here,” says Sarah, “if women are happy in their jobs, whatever those jobs that they chose at the time are, then let them be in those jobs and let’s only have 10% of women in technology – I think that’s fine too. It has to be about choice.”

If it had been the case that technology hadn’t advanced in the way that is has over the last decade, then yes, I’d be saying that we had a future problem with the skills gap and that we should be doing far more to expose girls to tech / STEM subjects at a younger age – not just because they might find that there are hundreds of roles in the tech sector that they’d never heard of or considered and would probably really enjoy, but because we know that having female input on a team has wide-ranging benefits. Diverse teams increase creativity, innovation and have been proven to increase company profits. Women think in a different way, with a different approach and different considerations, they add a different dimension to a team and I’m pleased to say that I’m seeing new initiatives all the time and there are some impressive organisations spreading the word. It was also amazing to be in a multi-company meeting this morning where every single role was filled by a woman. That was a first and I genuinely got a real buzz from it.

So, technology and society has advanced, rapidly, and that means by its very nature that we are in a changing world. There’s no reason why girls these days shouldn’t consider, (and be excited about!) the prospect of, being a scientist, or an engineer or a data scientist. Thanks to the efforts of many pioneering organisations over the last few years we have new role models, new aspirations, fewer gender-based expectations and smaller hurdles. Having babies (if we want them) can wait a few more years… parental leave is becoming more flexible (though clearly still not flexible enough!)…. Society is starting to unravel from its embedded habits. Cases of sexual discrimination are publicised widely and aggressively, the hashtags are numerous, scathing and shocking (but not surprising) in nature. The men are (on the most part) as horrified as the women – this is a shiny new normal and change is afoot.

Honestly, maybe we should be thinking more about what the advancement in technology is doing to our human nature?

There’s the good: our shopping is online, our cars are autonomous, our heating is controlled from our phones and our fridge can talk to our kettle. We tap in and out, we touch to pay, paper processes are being replaced by seamless digital experiences….. and there’s the bad: our elections are being influenced, our data is being hacked and our planes are grounded because of a glitch. Young people (in fact, most people) are fixed to screens, suffering from anxiety and being pressured by social media... if ever there was a time for as many people as possible to tackle these challenges, male or female, it’s now.

Why is a diverse workforce a company win?

Women pushing forward, one conversation at a time