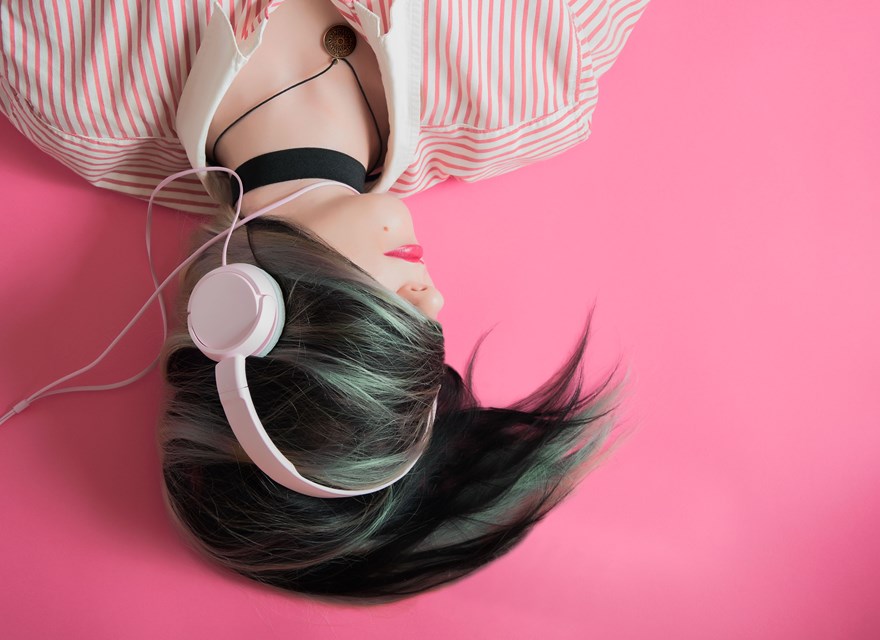 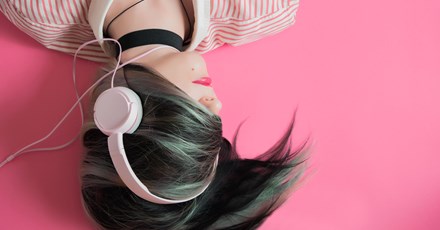 If you have missed the previous articles, please read:

I uploaded the complete code to Github. Additionally, I added a Sitecore package so that you can install it in your local Sitecore instance.

Today we will be talking about Glide, which is an image loading framework for Android, AppBarLayout, and CollapsingToolbarLayout.

Glide is a fast and efficient open source media management and image loading framework for Android that wraps media decoding, memory and disk caching, and resource pooling into a simple and easy to use interface.

Originally it was developed for Android - bumptech/glide - and then adapted to Xamarin - beraybentesen/glide-xamarin-android.

Now in your solution, open the class AlbumsAdapter.cs and replace the code of OnBindViewHolder method with the following:

Don't forget to add a "using Com.Bumptech.Glide" at the beginning of the class AlbumsAdapter.cs.

If you run your app you should see the following: 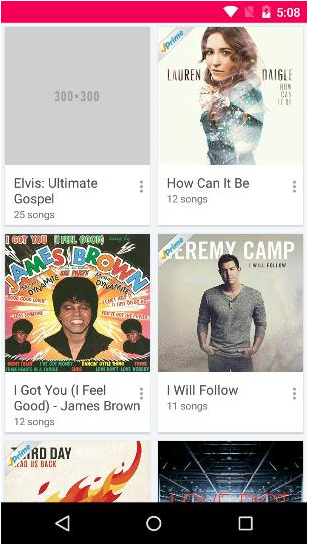 You can do much more with Glide. There is support for animated GIFs, custom animations, fast loading from cache, etc. For more information, see Glide wiki.

AppBarLayout is a vertical LinearLayout which was introduced in the Design Support Library, intended to contain the toolbar to display animations based on scrolling events. 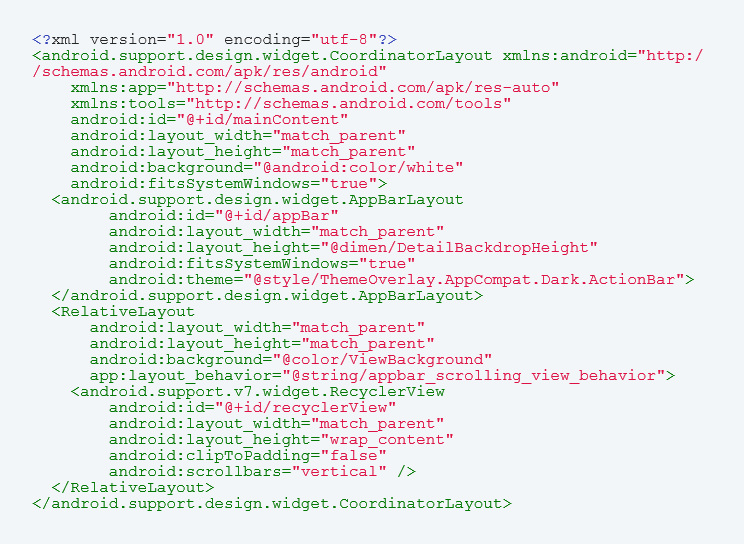 If you run your app, you should see a red app bar: 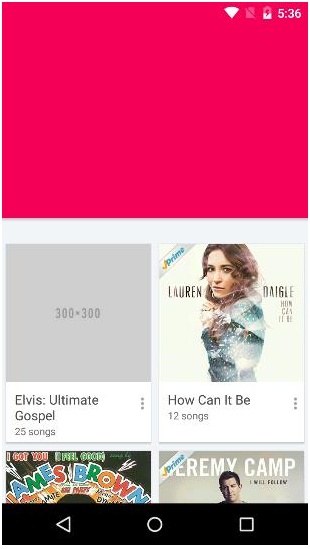 One of the CollapsingToolbarLayout features is the collapsing title where a title which is larger when the layout is fully visible collapses and becomes smaller as the layout is scrolled off screen. 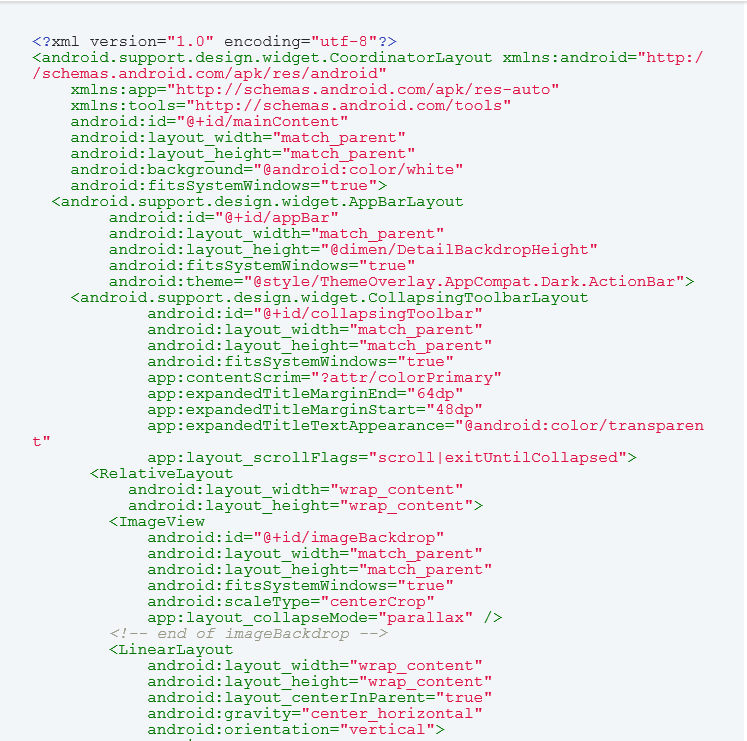 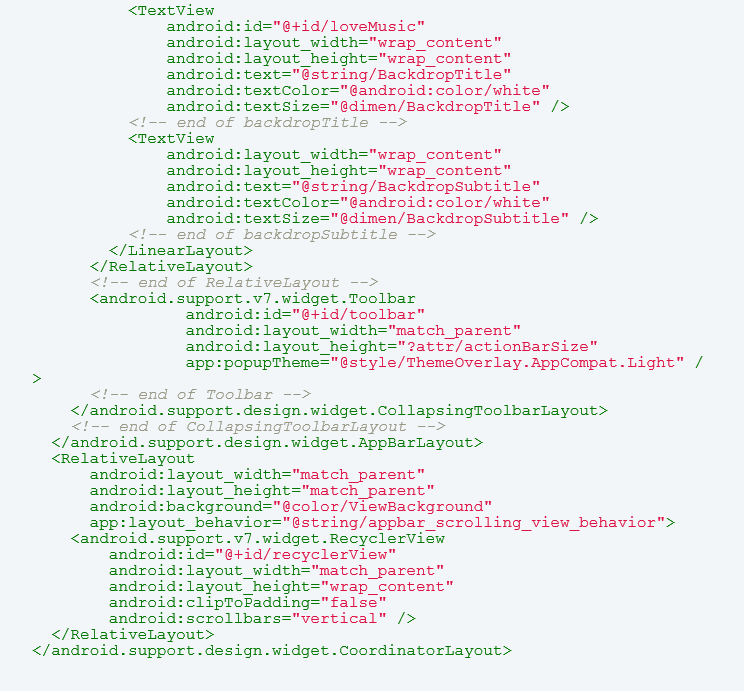 And then open the class MainActivity.cs and replace the current code with the following: 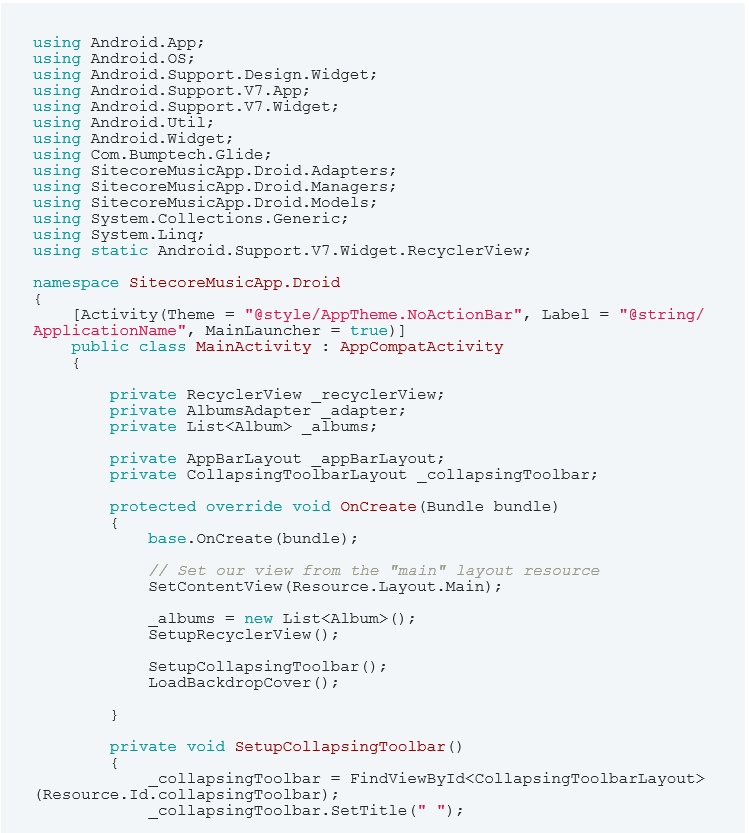 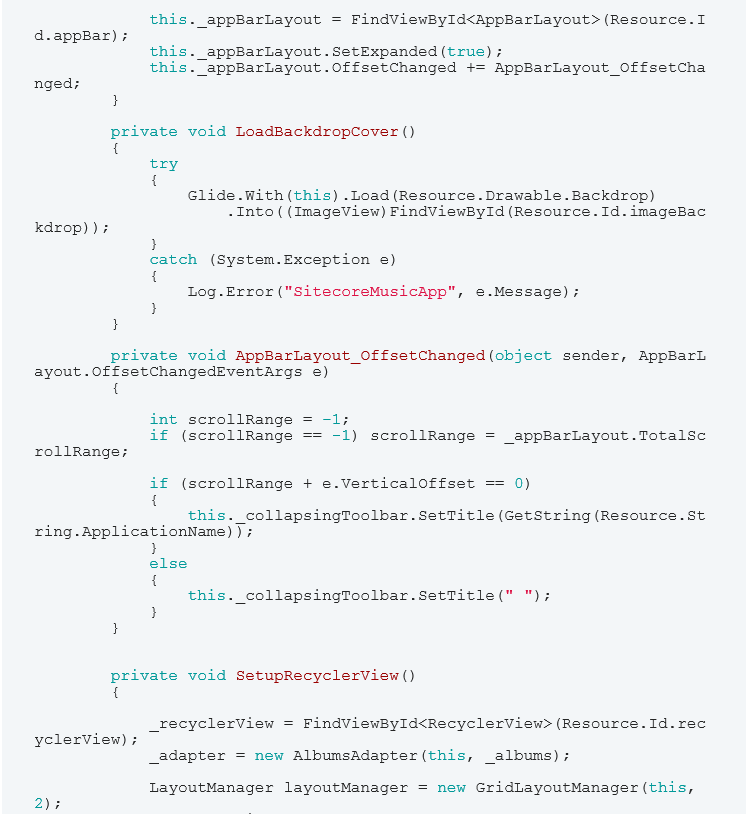 In the code above you will notice the following:

If you run your app you should see the Collapsing Toolbar in action. 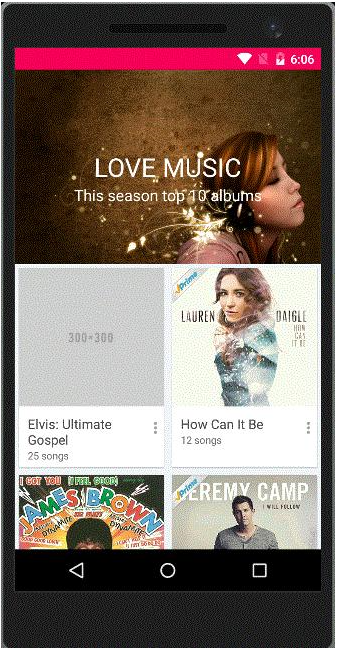 This concludes our music app article series - I hope you have enjoyed it!