The Future Belongs to Those Who Move 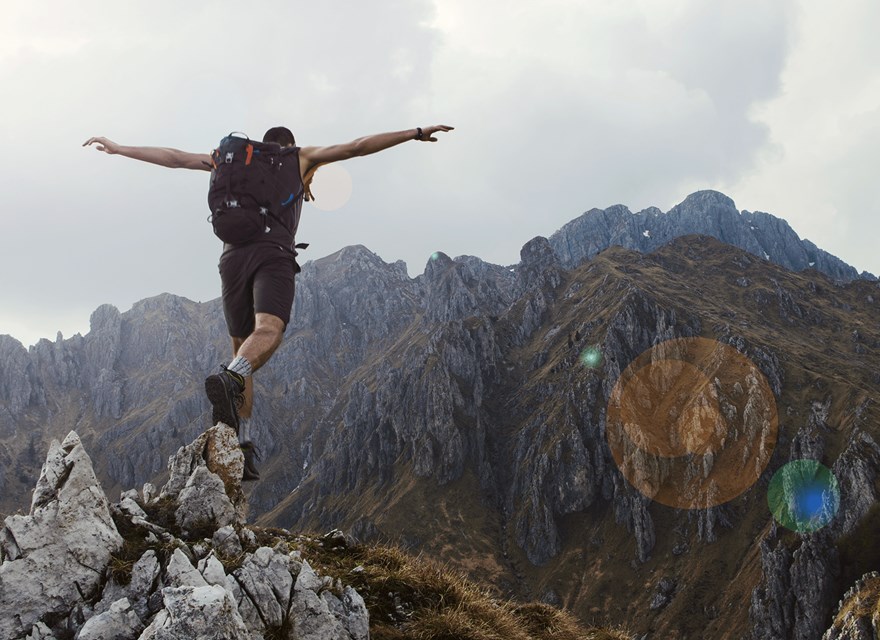 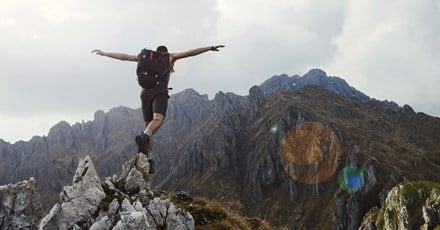 At Valtech, we believe the future is created in the present. We believe changes we do now are defining our future, so there is no need to sit around and wait. Instead we help our clients' businesses grow by working with trends to ideate on new business possibilities.

How to Work With Trends to Make Your Business Grow

Sometimes we imagine the future as something in the distance, something far away. Soon, we realize it´s closing in faster than expected, hitting us at full speed—no matter what we do.

At Valtech, we like to think the other way around. The future is created in the present. We believe changes we do now are defining our future, so there is no need to sit around and wait. Instead, we help our clients' business grow by working with trends to ideate on new business possibilities. By doing so we can meet emerging customer needs now, and be first at new markets and business models. By not doing it we risk losing relevance, even becoming obsolete.

In this blog post, we share the trends that we’ve seen affect us and our clients. If you wanna know more about a certain trend or try a trend workshop, reach out to your local office or through our contact form.

Brands become… is a trend originating from the political chaos many countries are experiencing today. In the face of mounting pressure and public outcry, corporations have felt the need to take a political stand and to be the change they would like to see in the world. Examples can be seen in U.S policies around guns, where retailers such as Walmart have stopped selling guns to young people under 21 years, as a response to shootings.

Another way to understand this trend is to look at brands covering new grounds. Sidewalk Labs—owned by Alphabet—is building a new neighbourhood called “Quayside” a new “smart neighbourhood” in Toronto. And Facebook has announced they are launching their own cryptocurrency, Libra. 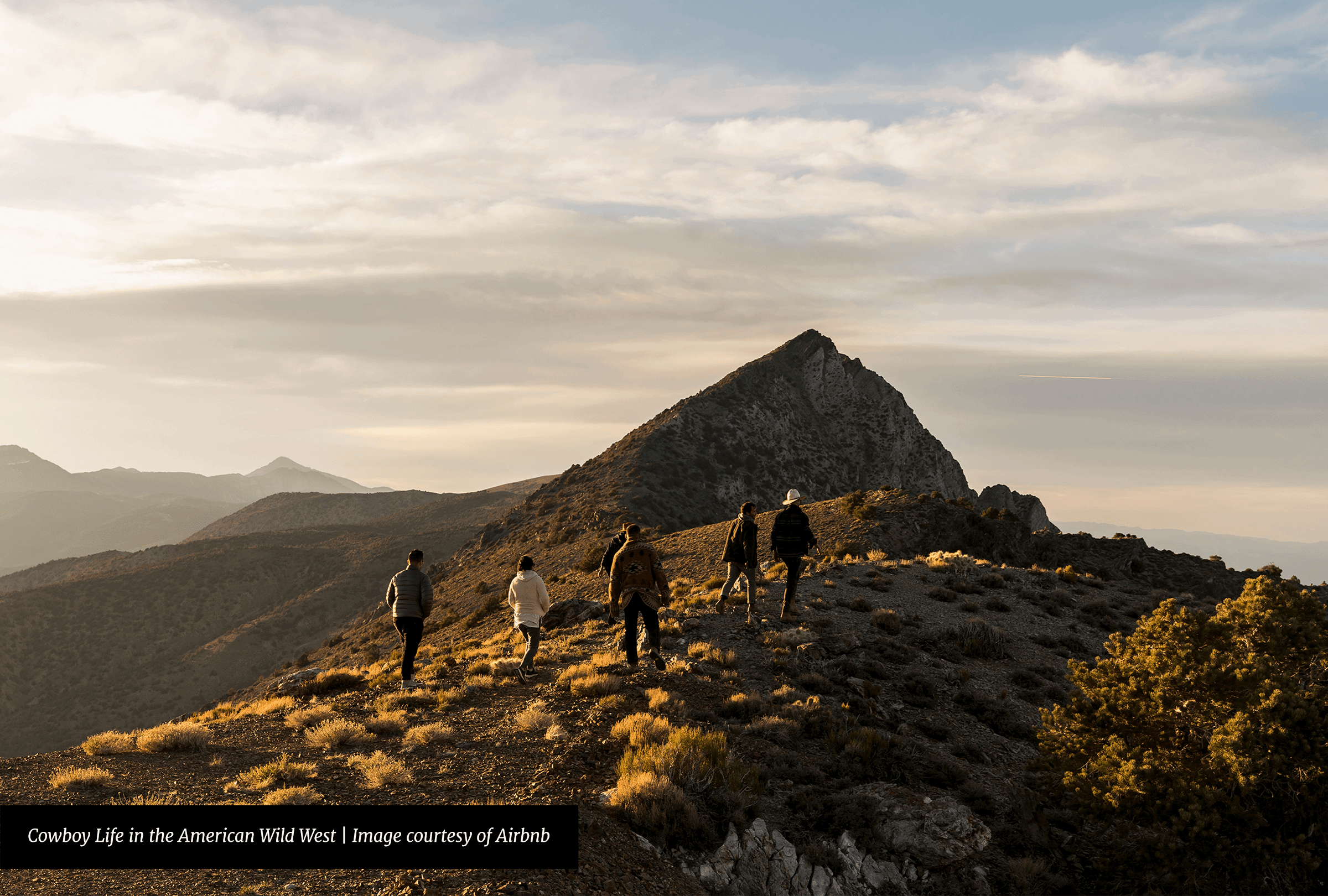 Connected to 'Brands become…' is the trend 'growing a new branch': the idea that we want everything from one single entity. Hence businesses are adding more offerings and business models to their existing operations.

You probably know Uber eats? Now imagine Uber eating everything in the transport sector, as they are rapidly trying to position themselves as the ultimate macro-to-micro transport architect.

Airbnb has debuted Airbnb Adventures, a collection of tours and trips. And the American outdoor equipment company REI has launched Camping Project, a service that enables users to search for bookable campsites and outdoor properties by location and nearby activities.

Getting all your needs accommodated by one brand alone is a tactic found in our third trend - Choosing choices. This trend is born as we in our modern-day world are faced with hundreds of decisions every day, leading to decision fatigue. In these environments, new tactics around choice emerge.

Buying everything from one brand can be seen in the example of Public Goods, a new online store that specializes in essentials like food, household and personal care products, with each product category pretty much offering one choice. 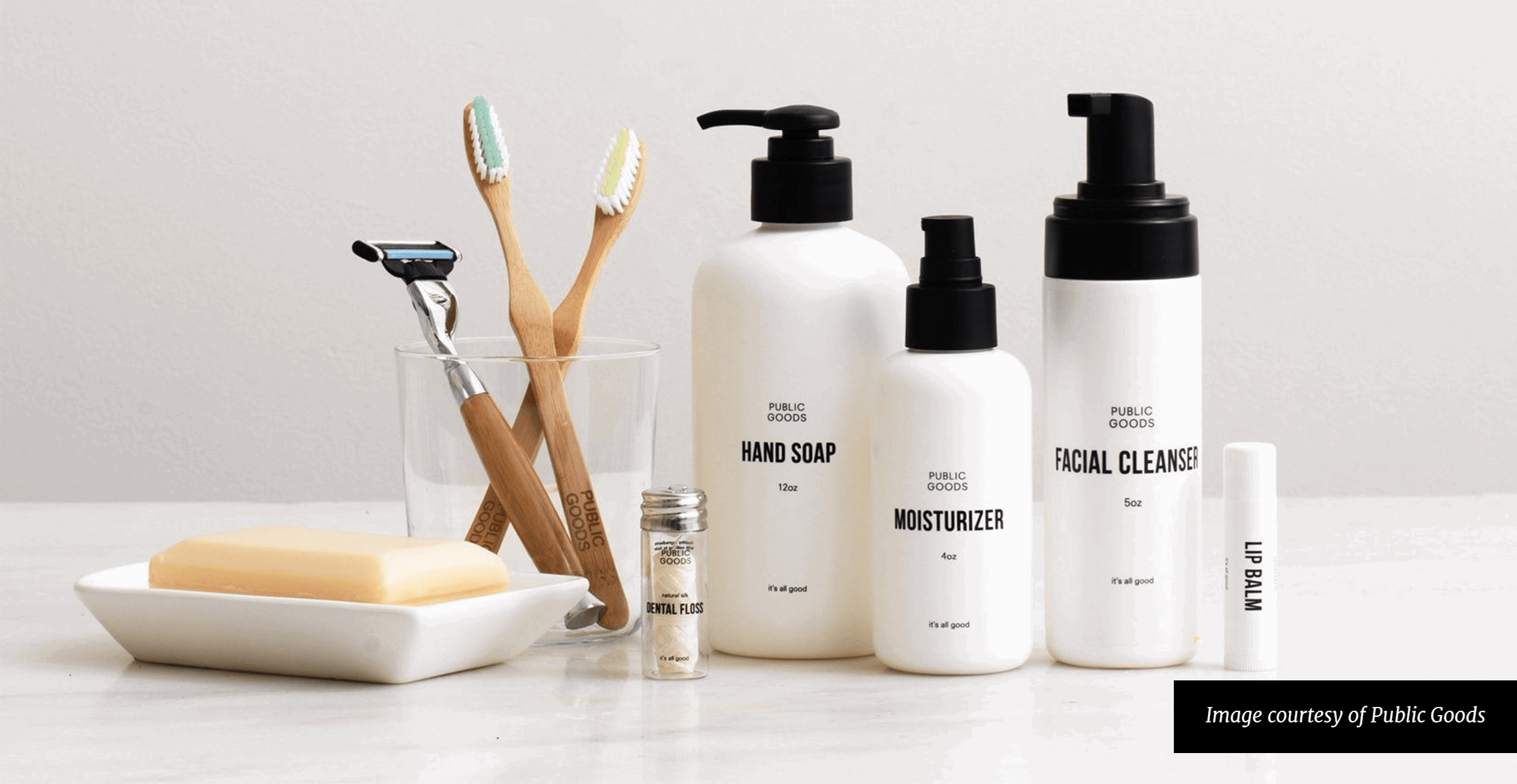 Helping the customer to choose is something Amazon is doing in their store concept Amazon 4-star. This is a physical store where everything for sale is rated four stars and above, is a top seller, or is new and trending on Amazon.com. Another way to get out of having to make active choices is to postpone them. Humans tend to prefer the "path of least resistance," and this concept can help explain why subscription services are lucrative business models.

According to McKinsey, between 2011 and 2016, sales among the largest retailers in the e-commerce subscription market rose from $57 million to $2.6 billion.

Starting to Think in Circles 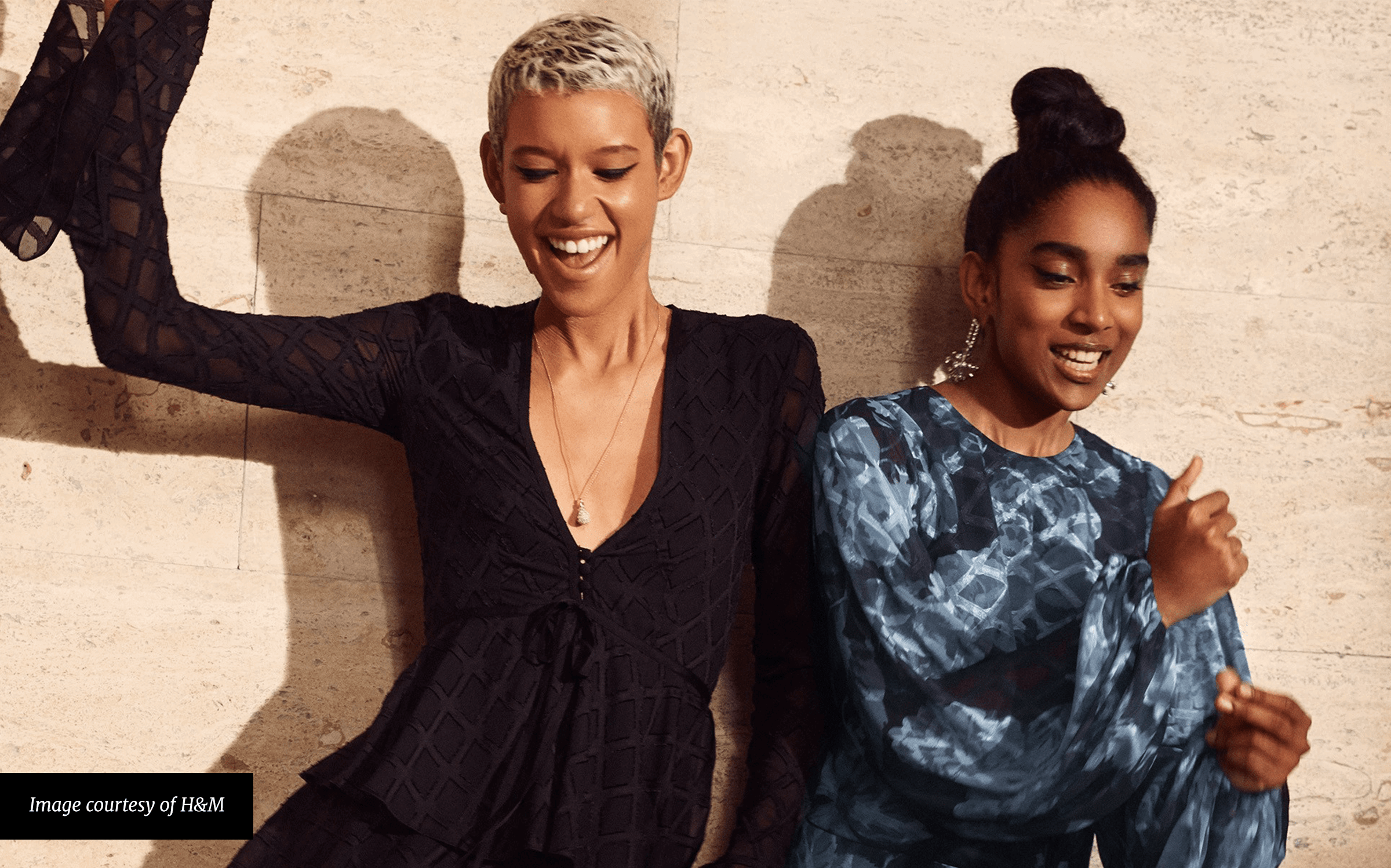 Subscriptions are also important when rent replaces ownership in the circular trend we would like to call "Starting to think in circles." H&M is reopening one of its stores in Stockholm where the customers will have the possibility to rent pieces of clothing from their H&M sustainable collection. There, H&M will also repair and update clothes in a special atelier.

Circularity also affects our residential homes. The housing project Viva has just met its new inhabitants in Guldheden, Gothenburg, as a result of research within “Positive footprint housing.” The house offers features such as solar energy, energy storage, car and electrical bike pools, and desks for remote working.

At Valtech Sweden we recently hosted a design sprint using circular design methods for Rädda barnen in order to build our knowledge within circular design. Save the Children and Valtech has collaborated for a longer period of time.

I Am My DNA

As personalisation has started to become something we all expect from our services and devices, the next big thing is tailoring to the needs of our actual bodies in a trend we call "I am my DNA."

Customised food is a billion-dollar industry that is growing fast. A number of companies have been marketing “nutrigenomics,” or the idea that a DNA test can provide guidance for what foods you should eat. In March 2019, L’Oréal announced an innovative partnership with biotech startup Ubiome, to provide consumers with a deeper and more precise view into skin health. And bespoke travel expert Brown and Hudson offer psychology-based trips where clients have an in-depth interview which is used to tailor a trip that resonates with the individual.

Feeling All the Feels

But it's not only the “technical” parts of the body that are being highlighted, our emotions are getting more and more attention. “Feeling all the feels” is our trend that highlights the importance of emotions and how they contribute to intuitive, experience-based decision making. As we know, an image speaks to emotion faster than words, and maybe that's why images are increasingly the means by which people communicate. More than 50 percent of Twitter impressions now involve posts with images, video or other media. Images are also becoming a gateway for new technology.

Affectiva is a startup that has developed a software that can understand emotional and cognitive states by analyzing facial expressions through a device’s camera. Affectiva created and defined the category of Emotion AI – technology that can detect expressions of emotion from face and voice—which is projected to become a multi-billion dollar industry.

The Quest for Wellbeing

This increased importance of our bodies also comes with a greater focus on our wellbeing, seen in our trend “The quest for wellbeing.”

According to WHO, depression is a common illness worldwide, with more than 300 million people affected. It is the leading cause of disability worldwide and is a major contributor to the overall global burden of disease. This has led to an evolution of new products and services to help soothe our mind and souls, and governments have started to take action as well.

Great Britain is the first country in the world to appoint a minister of loneliness, and New Zealand has presented a new “well-being budget" that will make sure government spending is used to ensure citizens’ health and life satisfaction. In this trend, digital has been a way to solve mental health problems. For example, Woebot is an artificially intelligent chatbot that uses the principles of cognitive-behavioural therapy.

Unfortunately, digital technology has also been appointed a contributing factor to mental illness, which has led to companies such as Apple, Google, and Facebook all adding features designed to help their users measure their time using those companies’ products. At Valtech Sweden we have worked with Socialstyrelsen to raise awareness around endometriosis.

Another side of wellbeing might be greater transparency in the use of data that can be collected from individuals’ online presence. The trend "Doomsday for data?" touches upon the issues connected to how data has been used to create psychological profiles on people in order to target certain individuals with political messages, as critics accuse Facebook, Google and Amazon of damaging democracy.

Companies are now trying to take advantage of this. Apple wants to make privacy their key selling point and companies such as CyberVein and Ocean Protocol have developed a blockchain-based system enabling people to sell their own data. 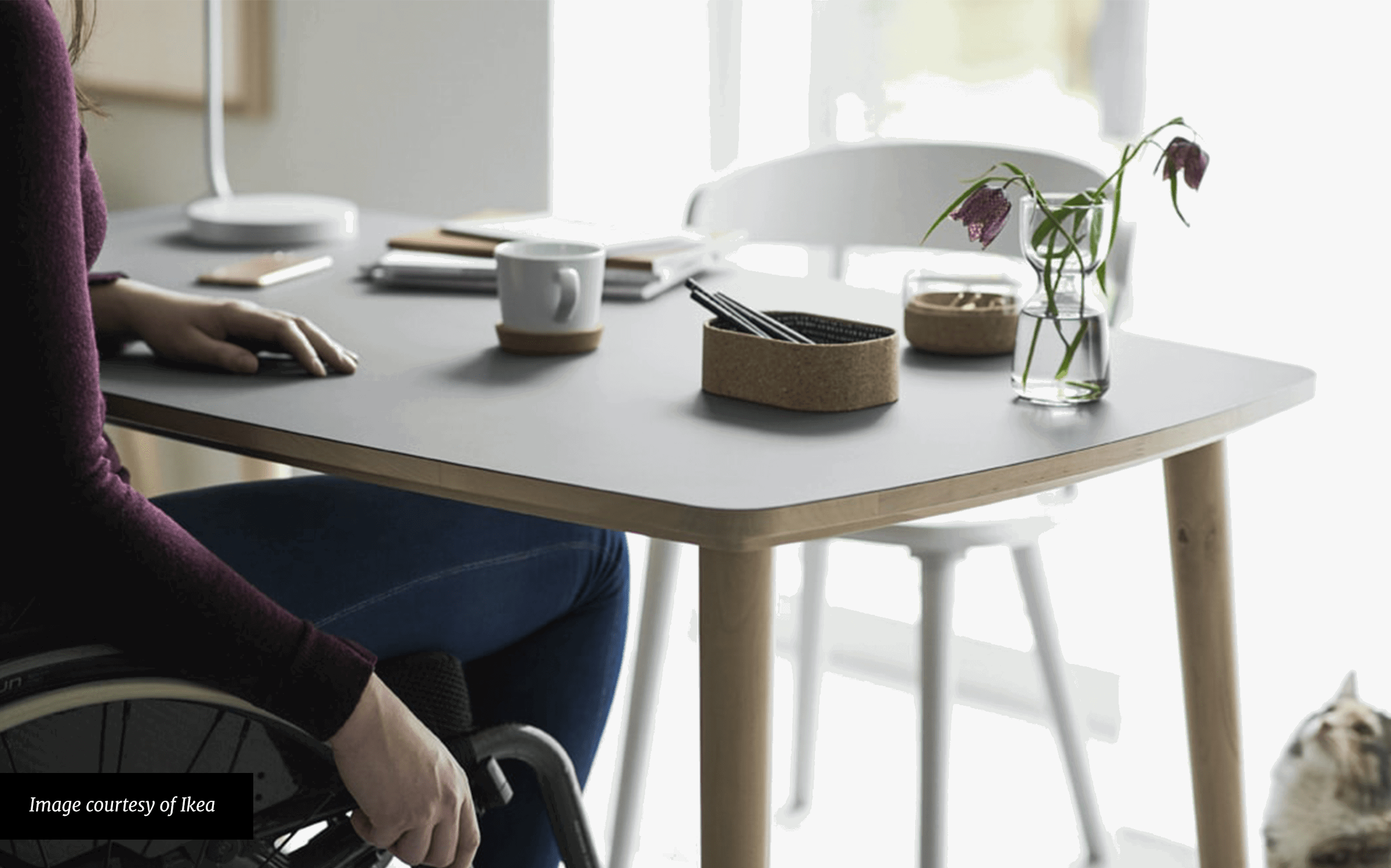 Our last trend is also connected to ourselves, to the individual and the community as changes in how we live, love and interact with each other are expanding our norms. Presented in the trend "The New Normal," inclusivity is becoming more and more important for brands to take into consideration.

Ikea, for example, is working to make living with disabilities easier through considerate design in their inclusive Omtänksam line, and ASOS, Tommy Hilfiger and Target have released adaptive fashion lines designed to make getting dressed easier.

Connected to this is also ageism. Ageism is stereotyping and discrimination against individuals or groups on the basis of their age. WHO has invested half a million dollars in research on the topic as the world population reaches older ages. So, for brands to remain relevant, they will increasingly have to embrace the ageing population and its broad needs and demands.

To learn more about these trends, and to understand what kind of customer behaviour and expectation they are driving, as well how this might influence your business, reach out!